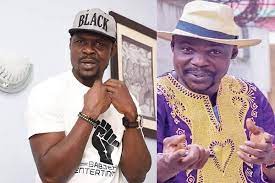 The Directorate of Public Prosecutions has said a prima facie case has been established against Yoruba actor, Mr. Olanrewaju James, aka Baba Ijesha.

It could be recalled that the police arrested Baba Ijesha for sexually assaulting a minor in the care of a comedienne, Adekola Adekanya, aka Princess.

On Friday, April 30, 2021, the police forwarded the case file to DPP for legal advice.

The DPP in a statement on Monday signed by the Commissioner for Justice, Moyosore Onigbanjo, concluded that a prima facie case had been established against James.

“Irrespective of Baba Ijesha’s rights as embedded in the constitution, it is expected that the Ministry of Justice would not relent in its efforts in making sure that every sexual predator feasting on Lagos residents is speedily brought to book,” the statement added.