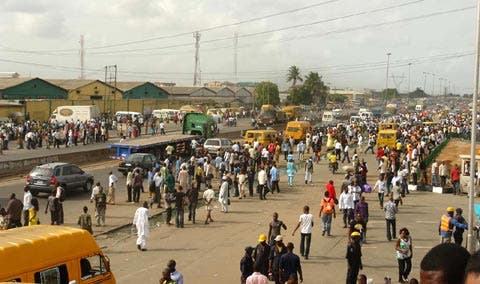 It was learned that some operatives of the Lagos State Task Force had earlier stormed the Abule-Egba and Ijaiye areas in the Ifako-Ijaiye Local Government Area of the state.

The task force officers were said to have been on enforcement duty when some unknown persons confronted them with dangerous weapons.

It was gathered that the task force operatives shot at the hoodlums suspected to be transport workers and allegedly gunned down two of the hoodlums.

The ensuing confrontation caused a scare as commuters and traders in the areas ran for safety.

Yinka Egbeyemi, chairman of the task force, confirmed the incident but denied that his men gunned down any of the hoodlums.

Egbeyemi,  said, “Some hoodlums came in three buses to attack some of our men and we faced them.

“We got the information from the National Union of Road Transport Workers and our men confronted the hoodlums.

“We have also arrested them and they are in our custody.”