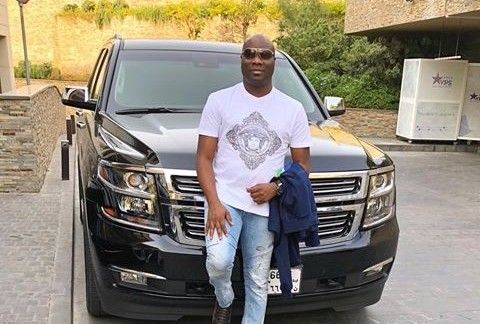 The Federal High Court in Lagos has further adjourned the ruling rule on the no-case submission filed by Internet personality, Ismaila Mustapha, alias Mompha, in response to the money laundering charges leveled against him by the Economic and Financial Crimes Commission (EFCC) till December 9.

NEWSNAIJA learned that Justice Mohammed Liman had earlier scheduled the ruling for Wednesday, but the parties were told by the court that the ruling was not ready.

To that effect, he directed them to return on December 9.

Mompha and a firm, Ismalob Global Investment Limited, were arraigned by the EFCC on 22 counts in which they were accused of laundering a large sum of N32.95bn between 2015 and 2018.

The Anti-graft agent claimed that Mompha procured the firm to retain the N32.9bn in its bank account when he ought to have reasonably known that the funds formed parts of proceeds of an unlawful act; to wit: fraud.

The prosecution said being a designated non-financial institution, Ismalob Global Investment Limited failed to report to the EFCC within seven days huge single lodgments and transfers such as N104.8m, N135m, N20m, N150m, N22.3m, N100m, and N42m.

Also, the EFCC claimed that not being an authorized buyer of foreign exchange currency appointed by the CBN, Mompha negotiated several foreign exchange transactions with different individuals in the sums of N20m, N22.3m, N30m, N100m, and N40.7m.

But the defendants pleaded not guilty to the charges.

In a bid to prove the charges, the EFCC called 10 witnesses and tendered a load of documents.

But Mompha, through his lawyer, Mr.  Gboyega Oyewole (SAN), said the anti-graft agency failed to establish a prima facie case against him.

He urged the court to dismiss the charges and set him free But the EFCC opposed the prayer.