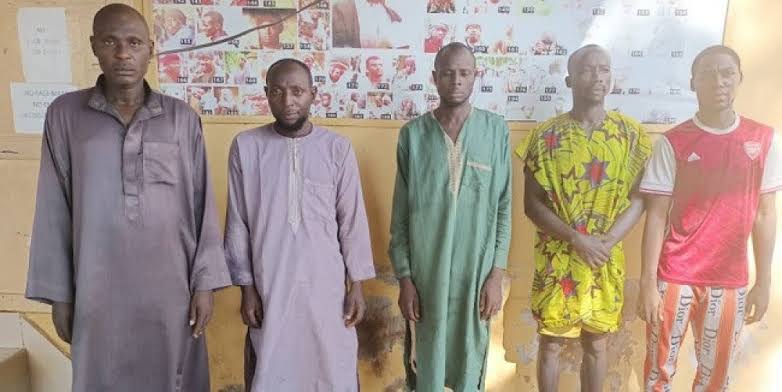 An Ilorin Magistrate’ Court on Monday ordered that five friends be remanded in Police   custody for allegedly killing a commercial sex worker in Patigi Local Government Area of Kwara.

The Magistrate Wahab Saka, who gave the order, adjourned the matter until September 30 for further hearing.

Earlier, the Prosecution Counsel, Isaac Yakub, told the court that on June 29, Tsado went to Victory Hotel and requested for the services of the victim, Abigail Polumuga, and since then, her where about  is unknown.

He said that Mr Tsado later confessed that it was his friends who arranged the pickup, beheaded her and used her for money ritual purposes.

The prosecution said that Mr Tsado’s confession led to the arrest of four suspects while two others are now at large.

He prayed the court to remand the defendants pending the completion of the investigation.