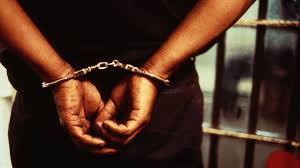 A 30-year-old man, identified as Rabiu Sani, has been remanded in a custodial center over allegations of raping and impregnating his neighbor’s daughter in Katsina.

Sani, an indigene of Gwarai village, in the Kaita Local Government Area of the state, was arraigned before a Katsina Senior Magistrate’s Court on Monday.

NEWSNAIJA learned the victim’s father, Idris Usman, was said to have reported the incident at the Kaita divisional police headquarters.

The Victim’s father narrating the ordeal said his 16-year-old daughter was six months pregnant after Sani allegedly had carnal knowledge of her several times.

The Police First Information Report stated, “On January 19, 2021, around 3.47 pm, one Idris Usman, of Gwarai village, Kaita Local Government Area, reported at the divisional police headquarters, Kaita, that about six months ago, you, Rabiu Sani, deceived and lured his daughter, aged 16, into your house situated at the same address and forcefully had unlawful carnal knowledge of her, which resulted in about six months’ pregnancy.”

Sergeant Lawal Bello,  the police prosecutor, told the court that the offense was punishable under Section 254 of the Katsina State Penal Code Law of 2019.

Hajia Fadile Dikko,  the senior magistrate, told Sani that his case would be tried in a high court if legal advice established a prima facie case against him.

The prosecutor requested an adjournment, saying an investigation was still ongoing.

The magistrate, while directing that the defendant be remanded, adjourned the case till April 21, 2021, for mention.