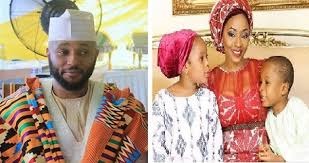 The Upper Area Court, Kubwa, Abuja has ordered Alhaji Atiku Abubakar to hand over the custody of his three sons to his divorced wife and mother of the children.

Sherif, the ex-wife of Atiku, had instituted the suit against Abubakar, who is a son of a former Vice-President Atiku Abubakar, urging the court to grant her the right of custody of their three children, who currently reside with her ex-husband.

Bashir Danmaisule, The judge, presiding over the case granted her prayers in a judgment on Tuesday.

Danmaisule ruled that there was no basis to deprive her of the custody of her children under Islamic law.

the Judge said an appeal would be allowed within the next 30 days.

Sherif and her lawyer, Nasir Saidu, were present in court, but Abubakar and his lawyer, Abdullahi Hassan, were absent.