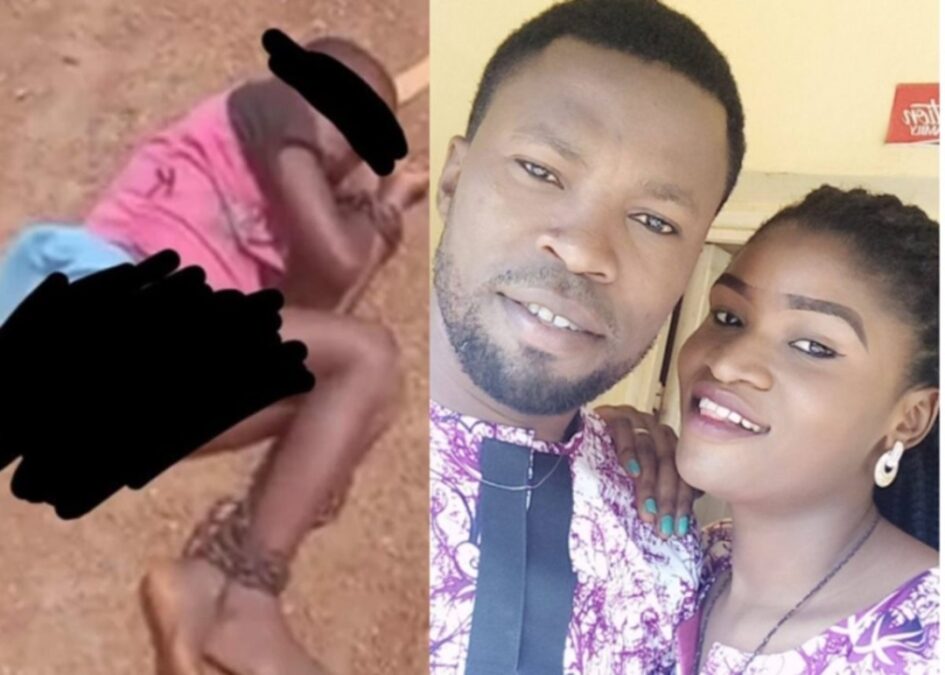 Operatives of the Ebonyi State Police Command have arrested a couple, identified as Philip and Agatha Iboko, for allegedly torturing an eight-year-old pupil, named Osinachi Iboko.

The couple who hail from the Izzi Local Government Area of Ebonyi State was said to have melted their anger on the little girl for eating part of the N10 sweet they bought for their two-year-old daughter.

The maltreatment of Osinachi was said to have been recorded by a neighbor, who posted it on the Internet.

In the video, Osinachi who has lived with the family for two years was kept in the burning sun with her two legs tied.

A source said, “It took the intervention of two of their neighbors identified as  Mr. Chinedu and Mr. Raymond – to release the little girl. She was already getting weak from the beating she received from her aunty and the heat from the harsh sun.”

However, efforts made to reach the Ebonyi State Police Command to comment on the matter proved abortive.

Also, Calls put across to Mrs. Loveth Odah,   the state Police Public Relations Officer, were not answered. She was also yet to reply to text messages sent to her mobile telephone as of the time of putting this report together.

Meanwhile, two human rights groups, the Human Rights Defenders Foundation and the Save the Next Child Foundation, have condemned the couple’s action.

Sam Nweke, HURIDE’s Chairman in the state, and  Steve Ugama Save the Next Child’s Coordinator said the maltreatment melted on the little girl was condemnable and unacceptable.

Nweke stated that on receiving the report, HURIDE went to the crime scene on Divine Grace Street, Mile 50, Abakaliki.

He said “Before we got there, the couple had run away to their village and switched off their phones. Mrs. Agatha Iboko is a 26-year-old mother of one and a serving corps member with the Ministry of Agriculture, Ebonyi State.

He said it took the assistance of the  Chairman of the Izzi LGA, Chief Paul Nwogha, to us to bring the couple back to Abakaliki.

Nweke said we invited the police to arrest her alongside her husband. While we wait) to re-unite the abused child with her parents, she is in the custody of the council chairman on his request.” He stated.