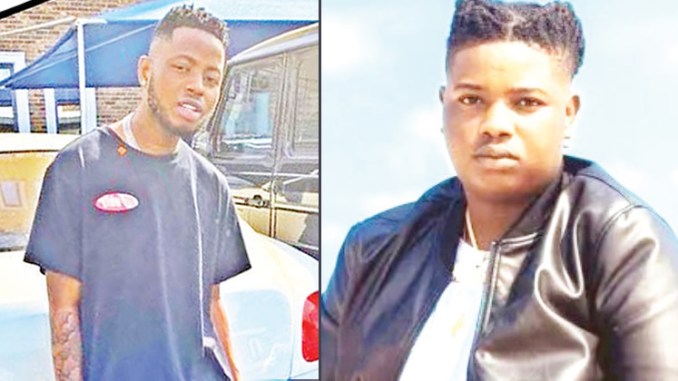 The controversy is surrounding the death of Babatunde Abiodun, aka Kashy, the Chief Executive Officer, Cash Nation Entertainment.

Three stories have developed about the situations surrounding Abiodun’s death on Sunday, March 7, 2021.

One narrative claimed that Abiodun, who was said to have been fighting depression for months, allegedly committed suicide by jumping down from a balcony, while another had it that before his death, a fight broke out between him and an artist signed to his record label, identified as Oluwakayode Balogun, aka Barry Jhay.

In footage reposted on Instablog9ja, Balogun was seen recording himself explaining that Abiodun chased him out of his house during the fight, adding that he was recording a song when the fight started. Bloodstain was also seen on Balogun’s mouth.

Balogun said, “Kashy beat me out of the house, see the way this guy beat me, I no do anything, I dey record and this guy beat me like this, no wahala, God dey, I am done with Cash Nation,”.

Abiodun’s corpse was seen lying on the floor in a pool of his own blood. He wore white footwear and a blue pair of jeans.

Muyiwa Adejobi, the Lagos State Police Public Relations Officer, when contacted, said, “We are not aware of the case,  we have broadcast it on the platform of the command so that we can get to know who has the case and up till now, we have yet to get a case of suicide.

He said The matter has not been reported to the police; the Maloko and Ilasa divisions are not aware of the incident.”

A close associate of the deceased and Balogun, Sirkuti, wrote in another footage on Instablog9ja, “Mhen Kashy don die, na him and Barry fight for ghana, wey that one goes involve Aiye men for ghana, them con give him Military police make him go use am fouck him up, seems na out of fear  Kashy jump from the balcony, naso he die.”

“Some blogs are still saying he committed suicide, my brother was killed. My brother gave you his Benz worth 9 million naira. He gave you his hublot worth 15millon naira. You’re dead Barry Jhay!” Rina wrote.

Indications showed that Balogun had been arrested in Ghana in connection with Abiodun’s death.