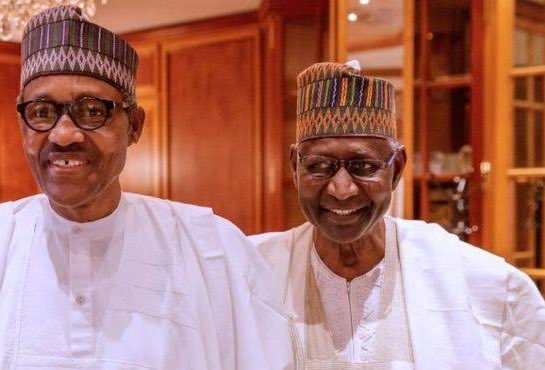 Shortly after  the demise of the chief of staff to President Muhammadu Buhari there have been different stories regarding the true age of the late SGF.

Recall that news Naija reported the exact moment it was announced that the late SGF contacted coronavirus.

We however took on a few research on Wikipedia which is an online platform that gives detailed information about an individual, nation, book, words etc.

Our findings were a bit conflicting. In one of the photos below The Late Abba Kyari was reported to have been born in 1938, the other screenshot says 1952.

Could it be an error from Wikipedia, or….