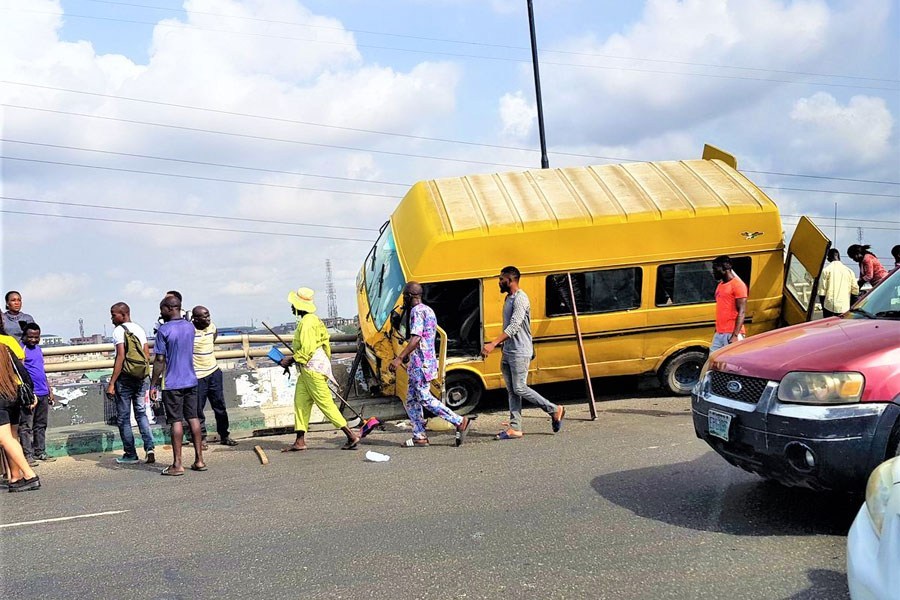 In the early hours of today Tuesday, a reckless danfo driver almost drove his vehicle right across the railings on the Third-Mainland Bridge carrying passengers in it.

Thanks to the barrier, the Bus was stopped just at the edge of the bridge, leaving the vehicle suspended on the railings.

The passengers in the vehicle had to make their exit through the Opposite window.

Some eye witnesses say that it was due to a break failure as they saw the vehicle swaying from left to right before it finally hit the railings.