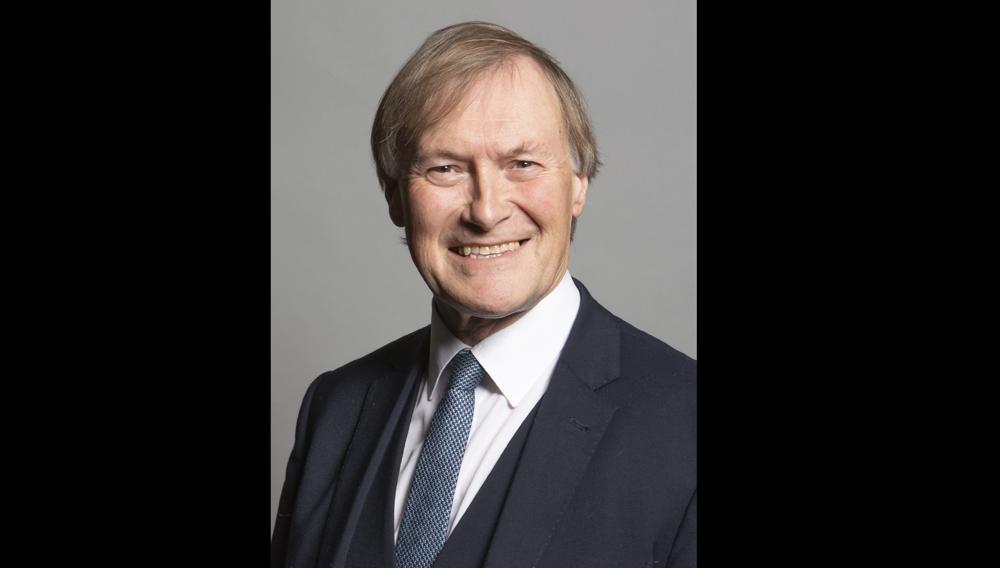 British lawmaker David Amess has died after being stabbed several times during a meeting with his constituents at a church in eastern England.
NEWSNAIJA learned that a man walked into Belfairs Methodist Church in Leigh-on-Sea, south Essex, where the lawmaker was holding the meeting with locals on Friday and attacked the politician.
The Britsih Lawmaker who is aged , 69, from Prime Minister Boris Johnson’s Conservative Party, was knifed repeatedly in the attack at about midday Friday, reort gathered says.
The UK Metropolitan Police, whose counter-terrorism unit is leading the investigation of the incident, said in a statement early on Saturday that they declared the fatal stabbing as a terrorist incident.
The statement said“He was treated by emergency services but, sadly, died at the scene,” adding that 25-year-old man was quickly arrested after officers arrived at the scene on suspicion of murder and a knife was recovered.”
“As part of the investigation, officers are presently carrying out searches at two addresses in the London area and these
are ongoing,” the police said, adding that it is believed that the suspect in custody acted alone.
UK Prime Minister Boris Johnson has spoken of his shock and sadness at the loss of “one of the kindest” people in politics.
Mr Johnson in a short video posted on social media said “David was a man who believed passionately in this country and in its future and we have lost today a fine public servant and a much loved friend and colleague,” .
The prime minister said “Sir David had an outstanding record of passing laws to help the most vulnerable.”
Mr.  Amess had been an MP since 1983 and was married with five children. He is the second serving MP to be killed in the past five years, following the murder of Labour MP Jo Cox in 2016, BBC reports.
He has been a member of parliament for Southend West, which includes Leigh-on-Sea, since 1997, but has been a lawmaker since 1983, his biography shows.
His website lists his main interests as “animal welfare and pro-life issues.”