BREAKING NEWS: Prophetess Yinka of the Synagogue Church of all Nation breaks her silence. 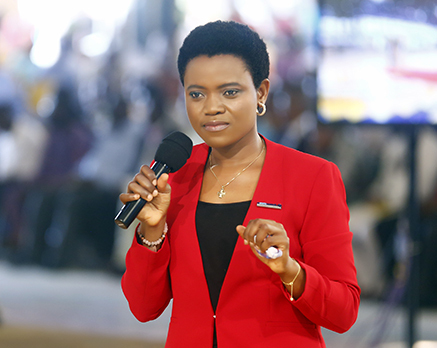 Several months after the passing away of Prophet TB Joshua, and the rumored expulsion of his disciples from the Synagogue Church of all nations by his wife, Mrs. Evelyn Joshua, a video has emerged of Prophetess Yinka, laying to rest the issues surrounding her alleged expulsion and witch hunt by the Economic and Financial Crimes Commission (EFCC).

In an 8-minute video released on her official account, Prophetess Yinka extended her condolences to the family of Prophet TB Joshua, also mentioning his children by name and assuring them of her support in these trying times. She also addressed the issues surrounding her expulsion and subsequent ordeal in the hands of the EFCC indirectly by alluding this to the temptations and trials that all believers must face.

Prophetess Yinka, who appeared composed in the video clip also stressed that she will continue to minister to her audience through her new YouTube channel, and fails to mention whether or not members of SCOAN would see her return to minister at the Synagogue.

You can watch the full video Below:

One thought on “BREAKING NEWS: Prophetess Yinka of the Synagogue Church of all Nation breaks her silence.”