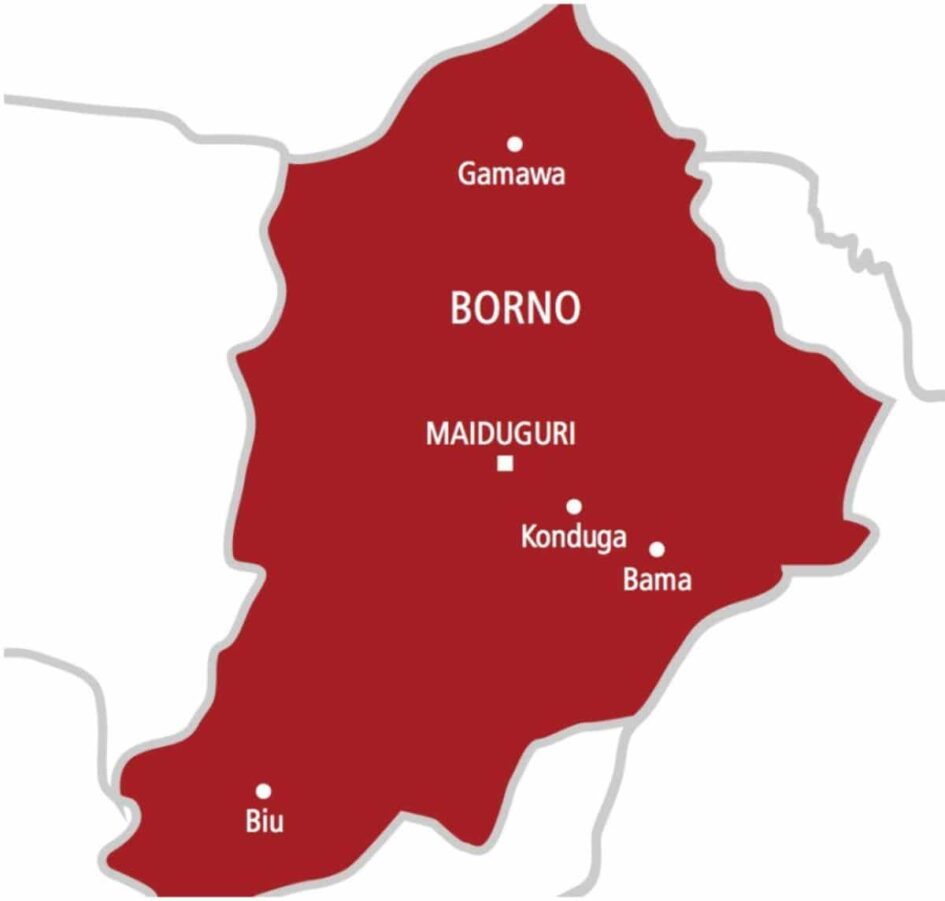 According to sources in Damboa, the dead bodies of the slain IDPs were discovered at a farm after three days of the slaughter.

They were reportedly killed on Wednesday last week.

Abubakar Abba, a commander of civilian JTF in Damboa, said the civilian JTF were informed of the incident on Friday when it was observed that some people were missing from the camp.

Abba said, “We were told by the bulamas in the camp about missing people; they said the people left the camp to fetch firewood in the bush and had not returned.

“We mobilized our men and went in search of them in the bush. We found four dead bodies in the farmlands. That was on Friday. Searching further, we discovered another two dead bodies, making the number of dead people six.

“The bodies were already decomposing when we found them; so we buried them there,” Abubakar said.

He said four others were still missing, adding that it was suspected that they were abducted and taken to the bush by the insurgents.

“We have searched the bushes around Damboa for their bodies but we have no trace at all. We suspect that the terrorists abducted them.

Abubakar Abba said all the affected victims were IDPs residing in a camp and engaging in farming activities to support the handouts given to them by the government.

He said since the clearance operations of the military started, they advised the people to remain within the town and desist from going into the bush but the IDPs refused to heed the advice.