BLACK MAN KILLED BY HEARTLESS POLICE OFFICER IN US 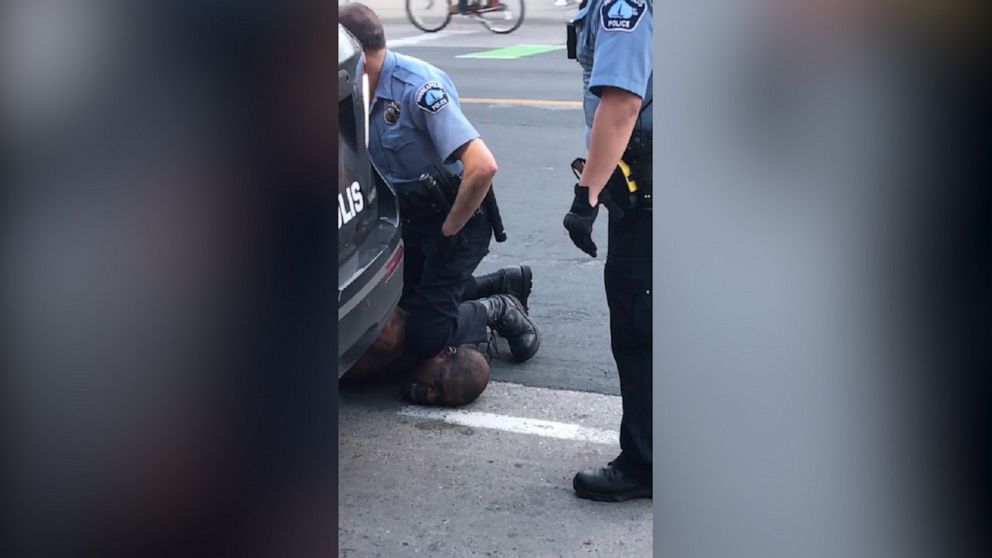 Four police officers in Minneapolis were sacked yesterday after a video showed one of them kneeling on the neck of a handcuffed black man who later died.

This occurrence sparked street protests in the Midwestern US city.

Protesters, who were wearing face masks because of the coronavirus outbreak, held signs saying “Justice for George Floyd” and “Black Lives Matter” during a rally near the scene of murder

In the video filmed by a bystander, a shirtless Floyd — thought to be in his 40s — is pinned on the ground by a white officer who kneels on his neck.

Your knee in my neck. I can’t breathe… Mama. Mama,” Floyd pleaded.

Floyd slowly grew silent and motionless, unable to move even as the officers taunted him to “get up and get in the car.”

After firing the four officers involved, Minneapolis Mayor Jacob Frey expressed outrage as calls rose for them to be prosecuted for murder.

Frey in a statement said “What I saw was wrong at every level,” he said of the video.

For five minutes, we watched as a white officer pressed his knee into the neck of a black man,” Frey added.

“Being black in America should not be a death sentence.”

Ben Crump, Civil rights attorney said he had been retained by Floyd’s family.

In a statement, Crump said Floyd had been stopped by police over a forgery accusation, a charge often used for writing bad checks or using fake banknotes for purchases.

This abusive, excessive and inhumane use of force cost the life of a man who was being detained by the police for questioning on a non-violent charge,” he said.