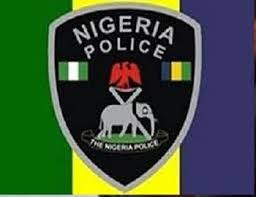 SP Yahaya Pawa of the Benue State Divisional Police Officer, Otukpo has been shot by hoodlums.

According to sources, the incident, happened on Tuesday when the DPO led his team to arrest suspected criminals at Otukpo-Icho, a suburb of Otukpo.

NEWSNAIJA learned the hoodlums were alleged to be selling stolen goods, which were looted during the recent fire outbreak in Otukpo.

A source, who identified himself simply as Tony said, “Some hoodlums seized the opportunity of the fire incident at the Otukpo Main Market recently to loot shops.

“The lid was blown when the suspects were found to be selling the stolen goods such as clothes and utensils in the community.

“People in the community decided to inform the police and a team of policemen led by the DPO embarked on an operation in the early hours of today (Tuesday).

“In the process of arresting some of the suspects, they shot at the DPO and ran away.”

The DPO is said to be receiving treatment at an undisclosed hospital in Otukpo.

DSP Catherine Anene,  The Police Public Relations Officer in the state confirmed the incident and said that the DPO was in a stable condition.

Anene said, “It is true that the Otukpo DPO was shot when he led a team of policemen on an operation; he was shot in the arm, but he is in a stable condition,”.