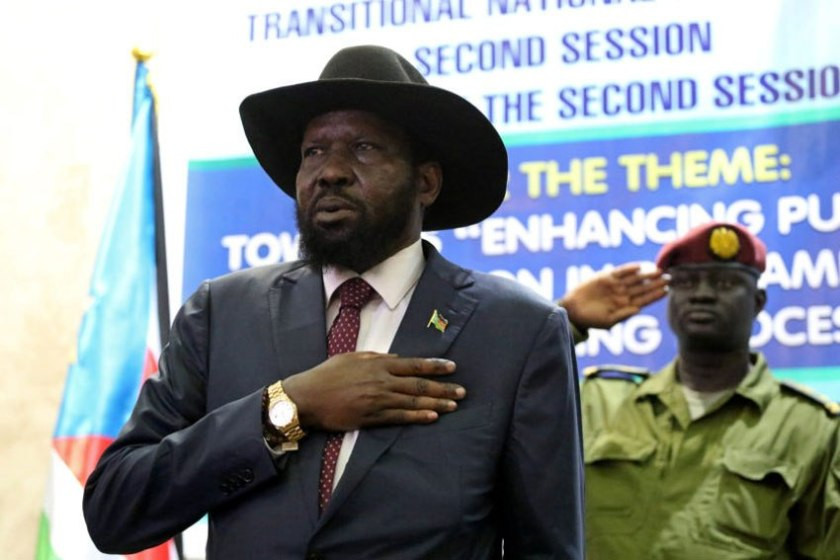 South Sudan’s President Salva Kiir on Monday issued a stern warning against signing the country’s national anthem in his absence.

Confirming the ban, the country’s Information Minister Michael Makuei said President Salva Kiir believes that the national anthem, which was composed shortly before the country gained independence in 2011 is being abused, especially by some government officials in his absence.

“We’ve seen that the anthem is played even when the ministers, undersecretaries, the governor or state ministers attend any function. This order should be observed because the anthem is not meant for everybody,” said Information Minister Michael Makuei.