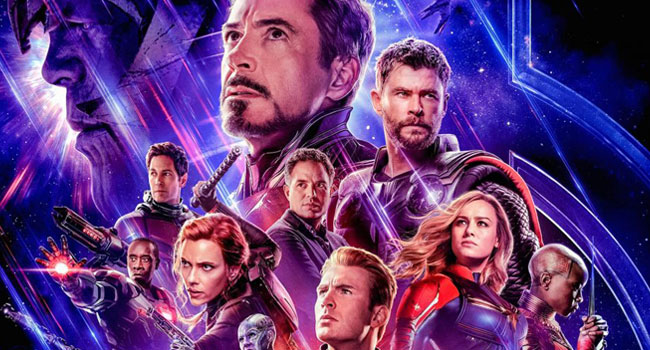 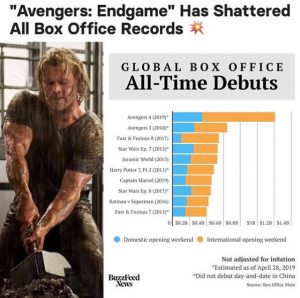 With a star-studded cast including Robert Downey Jr., Chris Evans, Mark Ruffalo, Chris Hemsworth, Scarlett Johansson, Bradley Cooper and Josh Brolin, it took in a jaw-dropping $330 million in China alone, the highest ever opening in the Middle Kingdom, and also enjoyed the UK and Ireland’s biggest opening ever with takings of £43.7m. The fourth and final chapter in the adventures of Iron Man, Hulk, Thor and company managed 43 times the domestic take of the No. 2 film, Marvel’s “Captain Marvel,” which made $8.1 million.