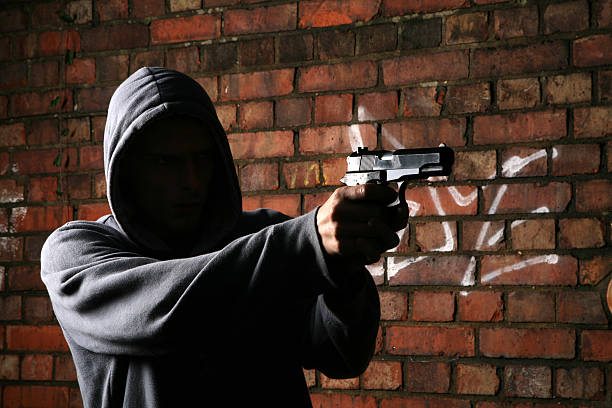 Armed robbers trailed a bullion van once again and sadly they shot up the van killing two police officers at Iwo road in Ibadan.

The Idi Ape area of Iwo Road was reportedly deserted during the hoodlums’ operation.

Waheed Adegoke, a resident of the area, told reporters that the robbers attacked a bullion van and took money from it.

He said, “The armed robbers attacked a vehicle conveying money at Idi Ape. It happened at that junction where traffic light is.

“Some lives were lost but I don’t know the exact number. The situation is terrible.”

Another person stated that the bullion van was successfully hijacked, but none of these accounts could be confirmed as of the time of filing this report because the state’s Police Public Relations Officer, Adewale Adefeso, could not be reached.

According to the resident, motorists parked along the roadside and their occupants fled to different locations to avoid being shot by the hoodlums.

Police officers from the Area Command at Testing Ground, Iwo Road, he said, arrived on the scene.