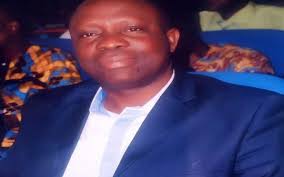 Sources said that the labour leader was abducted on Thursday night.

His whereabouts was yet to be ascertained as at noon on Friday as the kidnappers were yet to open any contact with family members of the victim.

But the PPRO told journalists that efforts were in top gear by operatives of the Command to rescue the labour leader unharmed as well as arrest the abductors.

NEWSNAIJA learned that the abduction of  Monday Izu, a vocal unionist, came just 11 days after his 63rd birthday as obtained from his Facebook account.

The kidnapped SSANU-DELSU chairman had, recently, on behalf of other non-academic unions at DELSU, advised the Federal Government not to kill university education in the country.

He gave the advice in reaction to the recently approved N30 billion by the Federal Government for the payment of arrears of earned allowances for ASUU, SSANU, NAAT, and NASU in which 75 percent was earmarked for ASUU and 25 percent for SSANU, NASU, and NAAT.