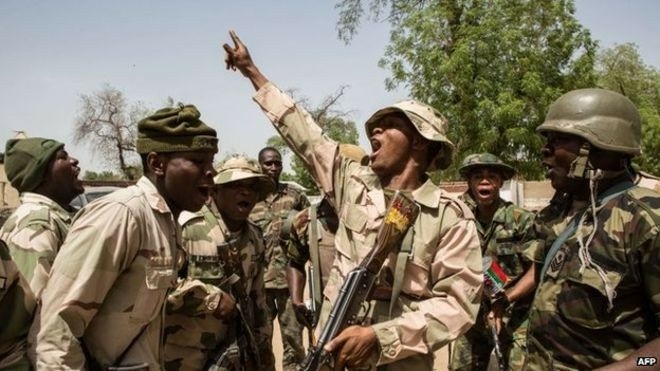 Former Lagos State Commissioner of Police, Alh. Abubakar Tsav, has described Amnesty International (AI)’s alleged support for militants and insurgents as evidence to destabilise the country by the London-based orgnaisation. He advised the federal government to issue a “cease and desist” notice to the rights group.

In a statement yesterday, the former Public Complaints Commissioner in charge of Benue State believes the apparent support for Niger Delta militants, Indigenous People of Biafra (IPOB), Islamic Movement in Nigeria (IMN) and even tolerance of Boko Haram were evidence that AI wanted to set the nation apart.
Tsav’s charge followed calls for the non-governmental organisation (NGO) to be banned from the country and treated like a criminal organisation for alleged traces of terrorism-motivated propaganda.

His words: “Amnesty International recently launched what it refers to as its 8-Point Human Rights Agenda for Federal Republic of Nigeria in what’s the best slur and insult to the country from the international non-governmental organisation. Although prepacked within the veneer of excellent intentions, the action by Amnesty International must be viewed in the right context to appreciate the danger it portends.

“Evidences have been brought forward  about a destabilisation agenda against Nigeria. They have been mentioned in different instances as implementing this agenda to break Nigeria up.

One of the possible outcomes of this agenda is the emergence of microstates that could easily be manipulated, controlled and owned by corporations. Amnesty International has been mentioned in different instances as implementing this agenda to break Nigeria up.”

“The organisation’s relationship with the federal government and key national institutions has been that of belligerence, often accusing them of grievous crimes without proof. These wrong reports from Amnesty International have damaging consequences, nonetheless, as seen from the United States’ refusal to approve the sale of military hardware to Nigeria during the (President Barack) Obama era based on a petition from the NGO.
“It is therefore of utmost importance for the Govt. to ask Amnesty International if already it has a  new part of its destabilization agenda, the phase that entails the NGO testing the waters to check if the Federal Republic of Nigeria has become weak enough to require directions from them with an observing list christened 8-Point Human Rights Agenda for Nigeria.”