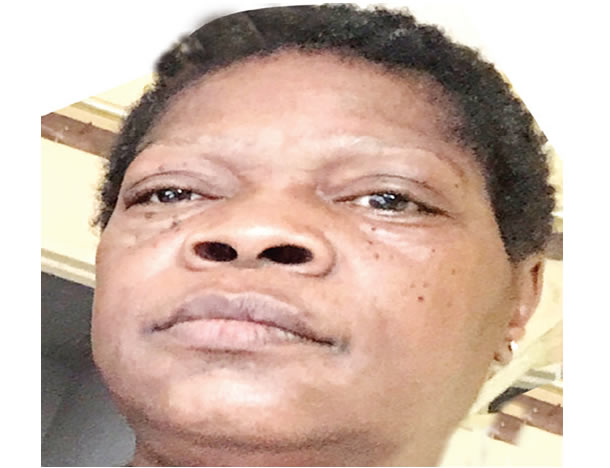 The son of Bolarinwa Falade has been thrown into confusion after the woman went missing last week, just a few days to her 50th birthday.

It was gathered that Bolarinwa, who lives with her son, Adetayo, in the Owode-Ibeshe area of Ikorodu, Lagos State, had taken a stroll on November 17 but did not return home.

NEWSNAIJA gathered that Bolarinwa, who is suffering from insomnia and arthritis, had regularly been going out and coming back home before she went missing.

Adetayo, who spoke to our source, said he became worried when his mother did not return home and her telephone was switched off.

He stated, “She’s always the only one at home whenever I go to work; so, when I got home from work on Tuesday, I noticed that she was not at home, but normally if she wanted to go out, she would call me to tell me where she would put the key. When I got home that day, I discovered that the door was locked and I checked where she used to put the key and I discovered that it was there, so I entered the apartment and relaxed.

“After a while, I tried calling her phone around 6 pm, it rang out and nobody picked till it was switched off. I became worried because she does not stay long outside because of her ailment; I went to her friend’s place where she normally goes, but I was told that the woman had traveled two weeks earlier and it had been a while since my mum went there. I asked people around and they confirmed that the woman was not around.

“I waited till around 8 pm before I called her siblings to know if she was with them, but they said she was not with them and since then, we have not seen her. Her disappearance has affected me because she’s the only one I have and I’m the only one staying with her at the moment. She was supposed to celebrate her 50th birthday on November 29.”

Adetayo added that he reported the matter at the Ipakodo Police Station.

Olumuyiwa Adejobi,  The state Police Public Relations Officer, who confirmed the disappearance said, “The matter was reported at the Ipakodo Police Station, but the son was advised to go and find out about her whereabouts from their relations and come back to the station after 24 hours if she was still missing, but he never came back. Let the family go back to the station so that a proper record will be taken and the police will know the next step to take.”