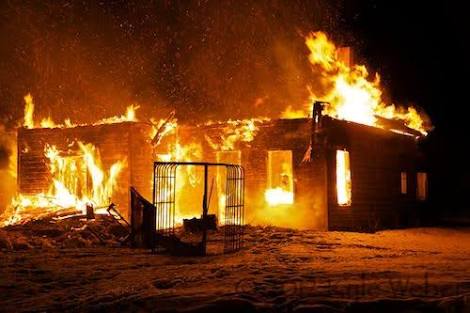 An aggrieved Man,Mr. Deji Adenuga also known as Davar, has reportedly set a family of nine on fire at Igbodigho in Okitipupa Local Governent Area of Ondo State.

Adenuga was said to have been jilted by his girlfriend, Titi Sanumi, prompting him to set her family house ablaze in the middle of the night with nine members of the family asleep.

Five members of the family died while others were injured. The man reportedly fled after the attack on the Sanumis’ family house.

However, the police are on the trail of Adenuga.

Family sources said the girlfriend was not at home when the estranged boyfriend came to set the house ablaze. The injured family members rushed to Trauma Hospital, Ondo, where they were receiving treatment.

The Okitipupa Police Division in a signal to the state Police Command Headquarters in Akure, which confirmed the story. The information contained in the signal said a man, Alade Victor, came to the station to report the incident of arson and murder that took place in the early hours of yesterday. 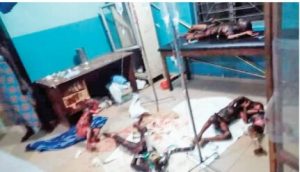 According to the police report, nine persons, who were occupants of a house, including Victor’s 45-year-old brother, Alade Glory, were set ablaze in their one room apartment at Adetuwo Street in Igbodigho. The police report said five of the victims had been confirmed dead.

The police said the suspect had fled the community to avoid arrest. The report added that efforts were on to arrest Adenuga.