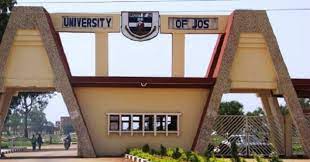 A lecturer with the University of Jos in Plateau State, Dr. Dan Ella has been kidnapped by gunmen.

NEWS NAIJA learned gathered Ella, who is  a lecturer with the Department of Theatre Arts in the institution, was kidnapped  in the early hours of Wednesday by armed men  who attacked his residence located at Haske quarters in Lamingo community, Jos North Local Government Area of the state

Recall that Haske quarters, behind Stanel Oil, is the same community where gunmen last month kidnapped a Professor and her husband and later released them after allegedly collecting ransom.

A member of the community, Philip Gyang confirmed the latest abduction to our source in Jos on Wednesday.

Gyang said that the gunmen who arrived in the community around 2am on Wednesday headed straight to the apartment of the lecturer and took him away after breaking their door while shooting to prevent his rescue from residents who were already terrified.

“So, this morning when everyone came out, we discovered that they had taken Dr. Dan Ella away after breaking into their house. It’s really painful because this thing is happening again in the same place where a professor and her husband were kidnapped in similar circumstances last month and Dr. Ella who is their neighbor was the one running around to make sure that the kidnapped husband and wife were rescued. And now, he is the one that has been abducted and no one knows where they have taken him to.”

Dr. Lazarus Maigoro , Chairman of the University of Jos branch of the Academic Staff Union of Universities, also confirmed the abduction of the lecturer.

Maigoro who condemned the development said, “It’s true because I just received an official report on the kidnap of one of our members in Lamingo Area last night. I’m preparing a press release on the incident.

“Something has to quickly done about this kidnapping of innocent people because it’s really sad and should not be allowed to continue.”

Ubah Ogaba,  the  Police Public Relations Officer in Plateau State, when contacted, was not available to speak on the incident.