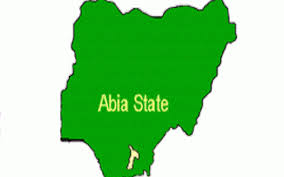 The priest-in-charge of the St. Paul’s Anglican Church, identified as Archdeacon Julius Dike, was found dead alongside his wife; Agnes, a staff member of the Aba South Local Government Area; and their house help, who is said to be a relation of the wife.

The event has kept members of the church and the community in a mourning state.

St. Paul’s Anglican Church, is the headquarters of the Ariaria Archdeaconry, in the Aba North Local Government Area.

Sources said the Anglican priest, after the close of a crusade on Monday on the church premises, retired to his house with the wife and the maid.

NEWSNAIJA learned that some of the parishioners who attended the following morning service became worried when the priest did not come out to conduct service and no other member of the family was around to explain why he wasn’t available.

Some members of the church were said to have gone to his apartment but meet the door locked, while no one responded to their calls.

A source said, “Worried by the situation, the church member’s summoned the courage to break into their apartment, only to meet the priest, the wife, and their maid lying on the floor.

“The lifeless bodies were moved to a private hospital where they were confirmed dead.”

Another source, a member of the church said nobody knows the cause of their death, adding that they were suspecting food poisoning as there was nothing that suggested that they inhaled generator fumes.

The source added that their children were not with them as they had gone back to their various boarding schools.

A police source said that they had yet to have an official report about the incident at the time of filing the report.