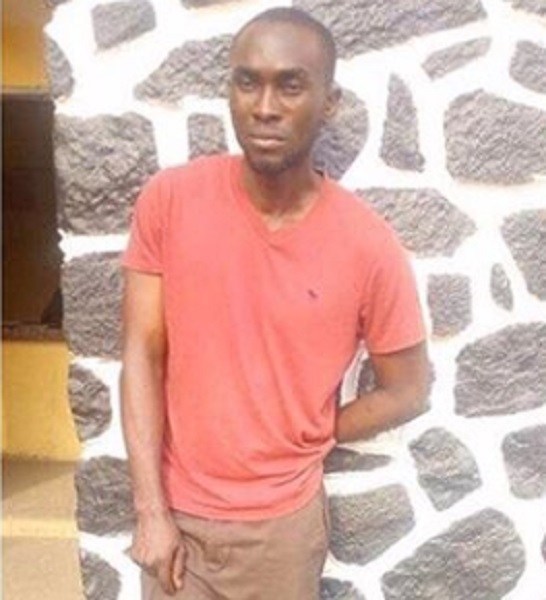 Newsnaija gathered that Otema was accused of raping two students of the  University of Lagos.

Otema allegedly had sexual intercourse with the student named withheld without her consent on  31 January 2018 at his home at No. 6, Ajileye Street, in the Bariga area of Lagos; and on January 17, had another unlawful sexual intercourse with the second girl Student around DLI in UNILAG and also physically assaulted his first victim by hitting her several times in the face and biting her back.

According to the prosecution, the accused had asked one of the girls for direction to Moremi Hall and compelled her to enter his car under the act of giving her a ride.

Upon entering the car, Otema, however, locked the car doors and drove to DLI, where he assaulted her by punching her in the face several times, biting her back, ordering her to undress and taking her nude photos.

It was learned During the trial, the prosecution called six witnesses, including the two victims.

Justice Soladoye, delivering her judgment on Monday, found Otema guilty of raping and assaulting one of the girls, while she absolved him of the charge of raping the other girl.

The justice, who held that the testimony of the girl was mischievous, noted that she would not have claimed that Otema raped her if he had paid her the N50,000 agreed upon.

Soladoye,  also held that in addition to the medical report and photographs, of the second girl while giving her evidence, identified Otema as the person who bit her back and punched her eyes.

The judge in her ruling said, “The defendant, John Osagie Otema, in respect of count one is found not guilty, as there is overwhelming evidence before the court that sexual intercourse between the defendant and PW2 (Student Y) was consensual, as it was a friendship with benefits.

“For count two, the defendant is found guilty and is hereby sentenced to 50 years in prison as the evidence adduced before this court has been proved beyond any reasonable doubt by the prosecution.

“With regard to count three, the defendant is found guilty and is hereby sentenced to three years in prison, as the prosecution has done its job diligently by proving the charge beyond any reasonable doubt. The sentence will run concurrently.”