A MAN LOCKED HIS 16-YEAR-OLD SON FOR 4 YEAR IN A CAGE, FOR BEING A CRIPPLE 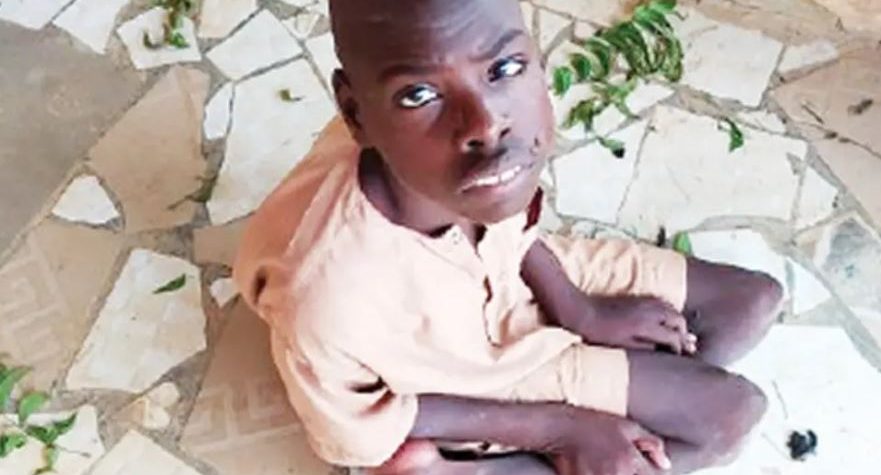 A boy aged  16, identified as Sadiqu Daura, who was locked in a cage for four years by his father because of his condition, has been allocated a room in the man’s house.

Mallam Salisu Daura, Sadiqu’s father, confirmed the development when a team from a non-government organization, Save the Children, visited his house in Daura, Katsina State on Tuesday.

The non-government organization is at the frontline of those protecting the boy’s interest to ensure that he lives a normal life.

The boy’s father told the team saying, “I regret what I have done and it won’t repeat again. The people, who took up this case, are not my enemies. They will live long because I’ll keep praying for their success. They’ve helped me and I’ve now learned from my mistakes.

He said “I don’t have many rooms in the house as you can see. I didn’t put him in the cage to punish him or because I don’t love him. It was just my way of allocating a room to him.”

Salisu, who is also a tailor, showed Sadiqu’s new room, which is about 90 percent complete to the team.

It was revealed from and investigation that the 16-year-old challenge began after he lost his mother six years ago.

It was learned that  Sadiq Being a cripple, was even taken to his paternal grandmother, who also died shortly thereafter.

The boy was afterward brought back to his father’s house and was put inside a cage because of his condition.

It was gathered that the Save the Children in Daura came to know about the 16-year-old boy when one Mallam Aminu Gambo, drew the attention of the organization to Sadiqu’s plight, and the organization immediately acted upon.

Gambo stated that “Upon getting to know about  Sadiqu’s challenge, we quickly took action by first visiting the house before taking the matter to the Police Area Commander, who sent us to the command headquarters in Katsina.

A top police source revealed that the 16-year-old boy is mentally ill, a development which he said affected his behavior and interaction with people.

A community source, who spoke on the condition of anonymity said, “The father is not wicked noting that everyone has their challenges.

He said When the issue was brought before them an investigation was carried out and it was discovered that apart from the fact that the boy was crippled, he also has a mental illness.

The source said “We asked the father to make sure that the boy is well taken care of. And this,  to the best of our ability the father has done according to his strength.”