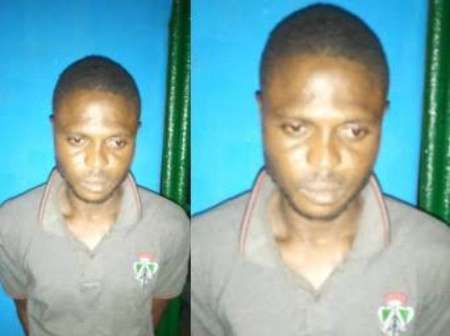 The police in Osun State have arrested one Akeem Adebayo for raping a 16-year-old girl at a stream in Ido Osun, Egbedore Local Government Area of the state.

According to sources in the area, the incident happened around 10.30 am on Saturday when the victim was washing her clothes at a stream close to her father’s house.

Newsnaija learned that the victim is a pupil of a public secondary school in the town, she was reportedly hit with a sharp object on the head by the suspected rapist and was left with an open wound on her head.

It was further gathered that the teenager’s scream, was what attracted people in the neighborhood, who quickly rushed to the scene and captured the suspect, who was attempting to escape.

Yemisi Opalola, The spokesperson for the Osun State Police Command, confirmed the incident and the suspect’s arrest to our source on Sunday.