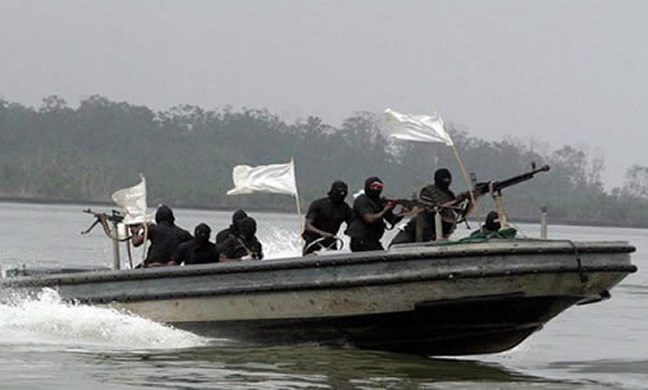 A father of six, identified as Taminoemi Kemuel, has been reported missing after suspected pirates attacked a commercial passenger boat he boarded.

Kemuel was said to be traveling from Bille in the Degema Local Government Area of Rivers State to Port Harcourt on Sunday.

NEWSNAIJA learned that some of his co-passengers escaped the attack by fleeing into the mangroves.

He said, “On Sunday, sea pirates, who are making traveling from Bille to Port Harcourt highly miserable for our people, struck a passenger boat. As a result, one person is missing. Valuables and even the speedboat were taken away.

“Sadly, the victim, Mr. Taminoemi Kemuel, my first cousin, who was returning to Port Harcourt from Bille town, met his sudden and untimely death.

“He was a father of six, whose youngest children are a set of twins and whose birth took place roughly a month ago.”

The Ex-Chairman decried the frequent pirates’ attacks on travelers in the area and called on the government to stop their activities in the waterways.

Nnamdi Omoni, the Police Public Relations Officer, When contacted, said he had yet to be briefed on the incident.