A COMMUNITY LEADER BEATEN WITH AXE BY LAGOS POLICE MEN 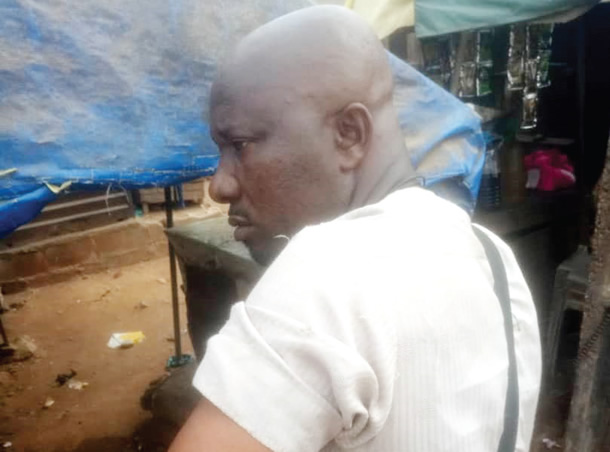 A community leader, identified as Alaba Peters, has accused some men of the  Lagos Police Command of attacking him with an axe for trying to settle a dispute.

Peters, who has been hospitalized after the incident, urged Hakeem Odumosu,  the state Commissioner of Police, to bring those behind his attack to justice.

Newsnaija gathered that some policemen attached to the Anti-Cultism Unit, Gbagada, had stormed the Odogunyan area of the state around 4.30 pm on August 10, 2020, and arrested some tricycle operators’ union workers.

The community leader was said to have intervened and asked the cops the reason for the arrest, which did not go down with them.

The victim told our source that he was beaten with an axe by the cops, who eventually drove the union workers away from the scene.

Peter said, “Some policemen came to Odogunyan on August 10 to arrest some people and some of our union workers were among those arrested, so, I approached the officers to ask why they arrested the union workers and I was told that because they were not wearing the union’s jacket; the policemen started shooting aimlessly and when I asked where they came from, they said they were from the Anti-Cultism Unit at Gbagada.

“When I saw that they were taking the boys away, I went back to meet them in front of the grammar school at Odogunyan to ask them what we could do to get the boys released, but the cops got angry that I came to meet them again and ordered me to sit on the floor and threatened to shoot me.

Peter said “I showed them my ID card but they refused to look at it and one of them went into their vehicle to bring an axe and started beating me with it. I want justice to prevail because I cannot be treated like an animal. I sustained injuries all over my body as a result of the beating.”

An eyewitness, who spoke on condition of anonymity, said, “We were at the bus stop when some members of the Anti-Cultism Unit came and arrested some of our boys and when we asked them what the boys did, they didn’t answer us; so, Alaba Peters approached them but they didn’t answer him and they took those boys away and Alaba Peters went back to meet them, but they brought out an axe from their car and started beating him with it.

“When we also approached the policemen, they started shooting aimlessly, so we could not do anything and they took the boys away.

“We want justice to be served because the police cannot be harassing us any time they feel like and we will just be looking at them without doing anything. We want the officers to be fished out.”

However, the state Police Public Relations Officer, Bala Elkana, when contacted stated that the policemen were on an assignment in the area and the victim obstructed them from carrying out their duties.

He said, “Ikorodu used to be a cultists’ den and the Commandant of the Anti-Cultism Unit was directed by the CP to relocate his team to Ikorodu and he did. The targets were the cultists; they were targeted based on intelligence and we took the battle to their doorstep and we were able to reclaim the public space from them and return sanity to Ikorodu.

“In the heat of the operation, the man (Peters) mobilized his thugs to obstruct the police team that came for that assignment, but if in the cause of resisting his obstruction, his rights were infringed upon, definitely, he has a cause to complain and we will investigate that aspect of his complaint. We don’t use axes for operation; it was him and his thugs, who carried axes.”