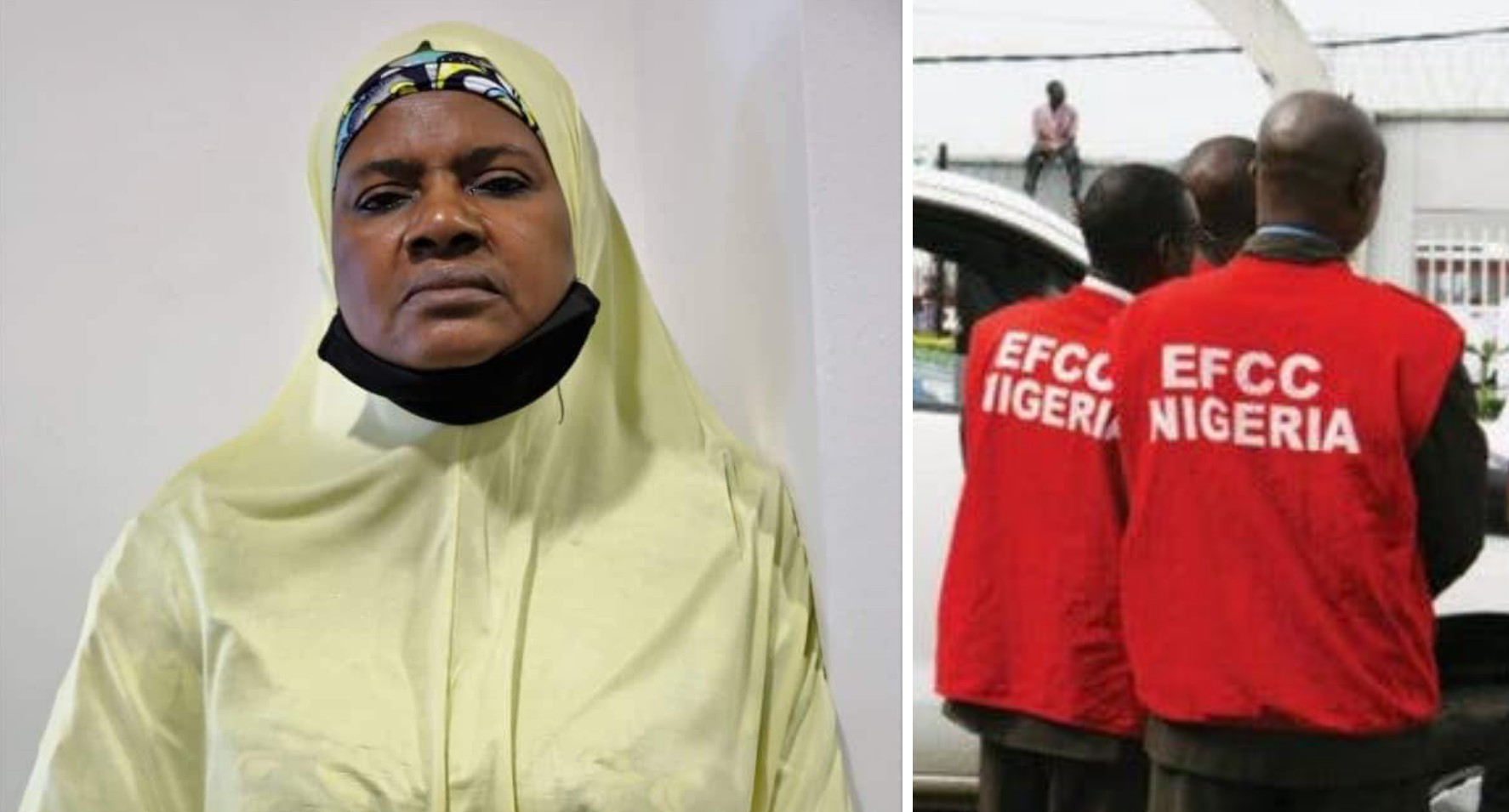 The Economic and Financial Crimes Commission(EFCC) has arrested one  Hajiya Hadiza Umar, a  businesswoman, for defrauding a job seeker.

Dele Oyewale, The EFCC Head of Media and Publicity, in a statement, said the suspect defrauded the victim,  identified as Nuraddeen Abubakar, of N3million, by promising to secure employment for him at the anti-graft agency.

Oyewale stated the   EFCC officials succeeded in arresting the woman after her son was caught at a branch of Guaranty Trust Bank, where he was making a transaction on the suspect’s account.

He explained that the victim met the suspect through her son and was asked to pay N6m, but he only paid N3m into the suspect’s account on October 29, 2019.

“Abubakar stated that he had not received an employment letter nine months after he made the payment to  the suspect before her arrest,”