A BUSINESSMAN ARRESTED FOR TAKING OVER HIS LATE BROTHER’S PROPERTY, WHILE WIFE, CHILDREN BEG TO SURVIVE 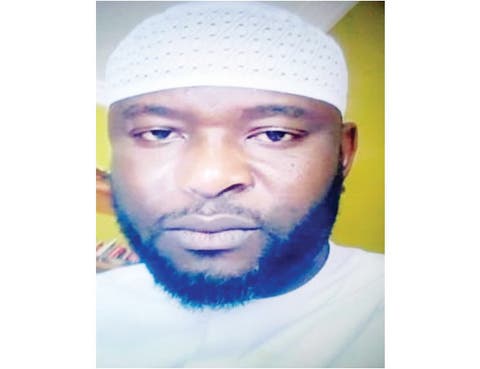 The police have arrested a businessman, identified as Tochukwu Kama, for his alleged involvement in the abduction of his brother, known as James, and taking over his property after his demise.

Tochukwu was arrested in Abuja on Sunday and remanded in custody while his sister, Princess, was directed to report at the force headquarters.

ASP Patrick Obeta, the Investigating Police Officer, confirmed that Tochukwu and his sister would be interrogated on the allegations leveled against them by their late brother’s wife identified as, Mrs. Olubunmi Kama.

The IPO said “Tochukwu was arrested on Sunday and remanded in custody while his sister Princess has been directed to report at our office tomorrow the next day.

The widow on September 17 filed a petition  asking Mohammed Adamu,   the Inspector-General of Police, to investigate the illegal activities of Princess Kama and Tochukwu Kama culminating in the abduction, denial of adequate care, and exposure to palpable trauma leading to the death of James Kama, thereby exposing his family to unbearable hardship.”

The petition, dated September 17, 2020, copied to the Commissioner of Police, Homicide Department, Abuja, was titled, ‘Abduction, false imprisonment, murder, conversion and threat to life perpetrated against the late Mr. James Kama and his nuclear family by Princess Kama and Mr. Tochukwu Kama.’

Olubunmi, through her lawyer, John-bede Ofoha, said Tochukwu and Princess forcefully took away James to an unknown location and then carted away his property after his demise, rendering his family homeless and beggers.

The  Widow who is an Ondo State indigene, married to James, a civil engineer, from Ebonyi State at an Abuja marriage registry on July 16, 2004, explained that she was prevented from attending the burial of her husband in Ikon, Afikpo South, Ebonyi, in August 2018, adding that Tochukwu and Princess threatened to harm her.

She stated that the family members did not acknowledge James’ nuclear family at his funeral, adding that her name and that of her children were missing in the program of events.

Olubunmi disclosed that her husband had a chronic Ulcer but became addicted to pain killers for 13 years which led to her husband’s death.

The mother of five said James was taken to an unknown hospital on May 13, 2018, but his immediate family was not allowed to see him or know his whereabouts until his demise on August 6.

She added that “I was also not allowed to see his remains in the mortuary. I had to beg the attendants who said they were under strict instructions not to allow me to see the body. Shortly after his death, my husband’s siblings came to our house in Gwarimpa and took away all his property, leaving me and my children homeless and begging to survive.