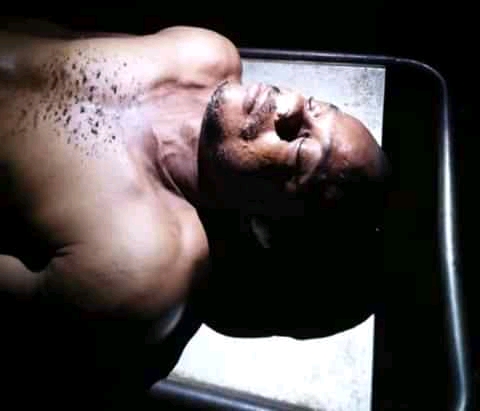 A 42-year-old man, Identified as Izuchukwu Achusim, has reportedly drowned in the swimming pool in a hotel in Fegge, Onitsha, Anambra state.

Achusim, was said to have gone to the hotel with his girlfriend where they allegedly consumed a lot of alcohol.

Newsnaija learned that the victim dived into the deepest part of the pool.

Haruna Mohammed, The Police Public Relations Officer in the state, who confirmed the incident in a statement on Sunday, said it happened around 8.30 pm on Saturday.

He said the victim’s corpse had been deposited in a morgue for autopsy.

The PPRO said, “On Saturday, August 15, 2020, around 8.30 pm, there was a report at the Central Police Station, Onitsha, that one Izuchukwu Achusim, 42, of No. 35 Guest House Street, Fegge, went to the Lotus Garden Hotel in Onitsha with his girlfriend.

“However, the victim, who was said to be drunk, jumped into the deepest part of the pool and got drowned.

“The hotel manager and other guests pulled the victim out and rushed him to the Waterside Hospital, Onitsha, for medical attention, but he was later certified dead by a medical doctor on duty.

“The scene was visited by police detectives and the corpse photographed and deposited in the hospital’s mortuary for autopsy.”

Mohammed said an investigation was ongoing to ascertain the circumstances surrounding the incident.

He, however, pleaded with members of the public, who did not have swimming skills, to always take precautionary measures by using life jackets in order to avert similar incidents.”