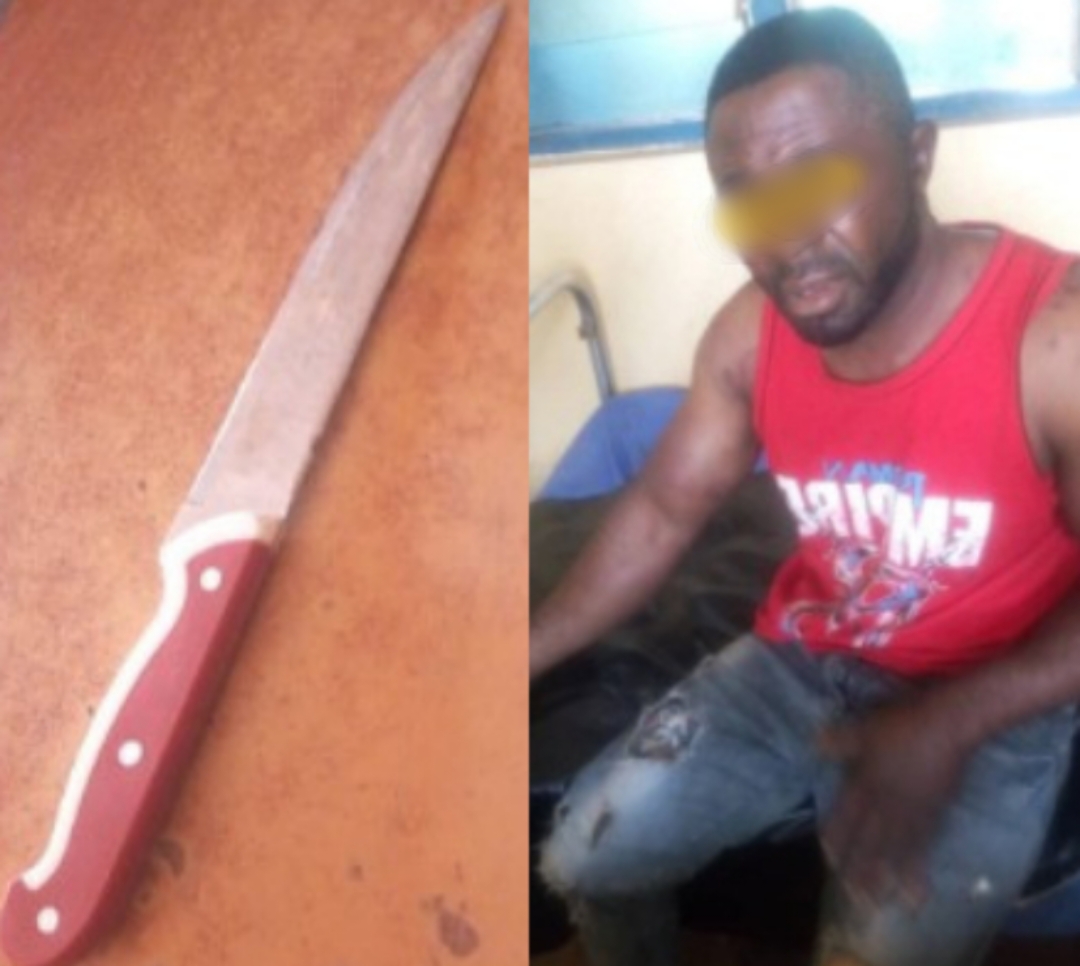 The Anambra State police command has arrested a 41-year-old suspected ritual killer, identified as  Ogbonna Nwankwo, for attempting to cut off a woman’s breast in a motel in the Orumba South Local Government Area of the state.

The report gathered stated that the suspect attempted to flee but was captured by youths in the area.

“The youths were said to have beaten him to a bad shape before the police arrived who took him to a hospital for treatment,”.

Haruna Mohammed, the police spokesperson, who confirmed the incident, said  John Abang, the state Commissioner of Police, had directed that the case be transferred to the State Criminal Investigation Department for a special investigation in order to unmask the circumstances surrounding the incident.

The police spokesperson said, “Around 8 am, there was a report of an attempted murder of one Bella Joseph, 29, residing at Dollar Inn Motel, Ihite, in the Orumba South LGA of Anambra State by a lodger, Ogbonna Nwankwo, 41, of Ihite town, in the same LGA.

“The suspect was said to have attempted to murder Bella inside the motel room by stabbing her with a knife in her stomach. He tried to cut off the right side of her breast, using the same knife, probably for a ritual purpose. He thought that she was dead before he was caught following her shout for help, which drew the attention of the motel manager.

“afterward, the police operatives attached to the Umunze division visited the scene and the victim was rushed to a specialist hospital at Nnewi for treatment.

He said “The suspect, who was seriously beaten  by the angry youths  before he was arrested by the police and taken to the hospital for treatment.”

Mohammed said a bloodstained knife was recovered from the scene.