A 4 MONTHS OLD BABY SOLD BY HIS GRANDMOTHER RESCUED, SUSPECTS ARRESTED IN RIVERS 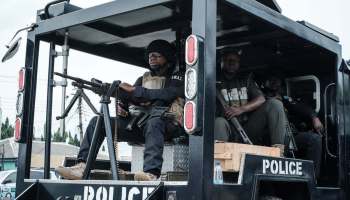 The Rivers State Police Command on Wednesday said they have rescued a four-day-old baby boy who was allegedly sold by his own grandmother, and the suspect arrested.

Anthonia Joseph, the child’s mother, explained that her mother insisted on selling her four-day-old son to a buyer in Imo State on the grounds that her husband had yet to fulfil his marital obligations.

She further states that her mother took her to Imo State where she was delivered of the baby, adding that she connived with the midwives and nurses to sell the baby and threatened her not to tell anyone, and when she asked her mother why? She responded that  “my husband had yet to pay the marital obligations, that if I don’t accept it she was going to strangle me and the baby”.

She said  “The buyer came by 5 am, they took the baby and the buyer collected the baby and crossed to the other side of the road. I asked my mother why she did that and she said if I  exposed her that she was going to kill me,”.

However, the baby was rescued, when Anthonia’s husband,  identified as Christian Duru, said the grandmother had lied to him on the telephone that his son was dead, but that he suspected foul play when his wife did not speak in the presence of her mother.

“She was crying that she cannot say anything that she will call me later. Later my wife called me saying that her mother sold our baby boy.

On reporting the matter to the Divisional Crime Officer (DCO) of Trans Amadi Police Station, I was called that they have recovered the baby alive.”

Nnamdi Omoni, the state police spokesman said “the baby has been rescued and the suspects arrested”.