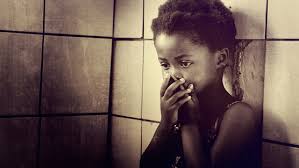 An Ebonyi State Chief Magistrates’ Court sitting in Abakaliki, has remanded a man identified as  Ndubuisi Ogbonnaya aged  27 in the custodial facility for allegedly raping a six-year-old child.

Ogbonnaya was said to have taken the victim to his house and violated her.

NEWSNAIJA learned that the victim’s father was said to have noticed that blood was gushing out from her private parts and demanded to know what happened after which the girl told him.

The accused, who was married with four children, reportedly committed the offense in Asaga village, in the Afikpo South Local Government Area on August 4, 2020.

He was arraigned on one count of unlawful sexual intercourse.

The charge read, “That you, Ndubuisi Ogbonnaya, sometime in August 2020, in Asaga Owutu Edda, within the jurisdiction of Abakaliki Magisterial District, did have unlawful sexual intercourse with a child, aged six years, thereby committing an offense punishable under Section 34(2) of Child Rights Law and Related Matters, 2010.”

The accused, who was not represented in court, confessed to the crime.

However, Mrs. Nnenna Onuoha,  the chief magistrate, said the court lacked the jurisdiction to entertain the case.

Onuoha directed that the suspect be remanded at the Nigeria Correctional Centre, Abakaliki, while his case file should be transferred to the Office of the Director of Public Prosecutions for legal advice.