A 27 YEAR NURSING MOTHER DETAINED IN LAGOS HOSPITAL OVER 95,000 DEBT 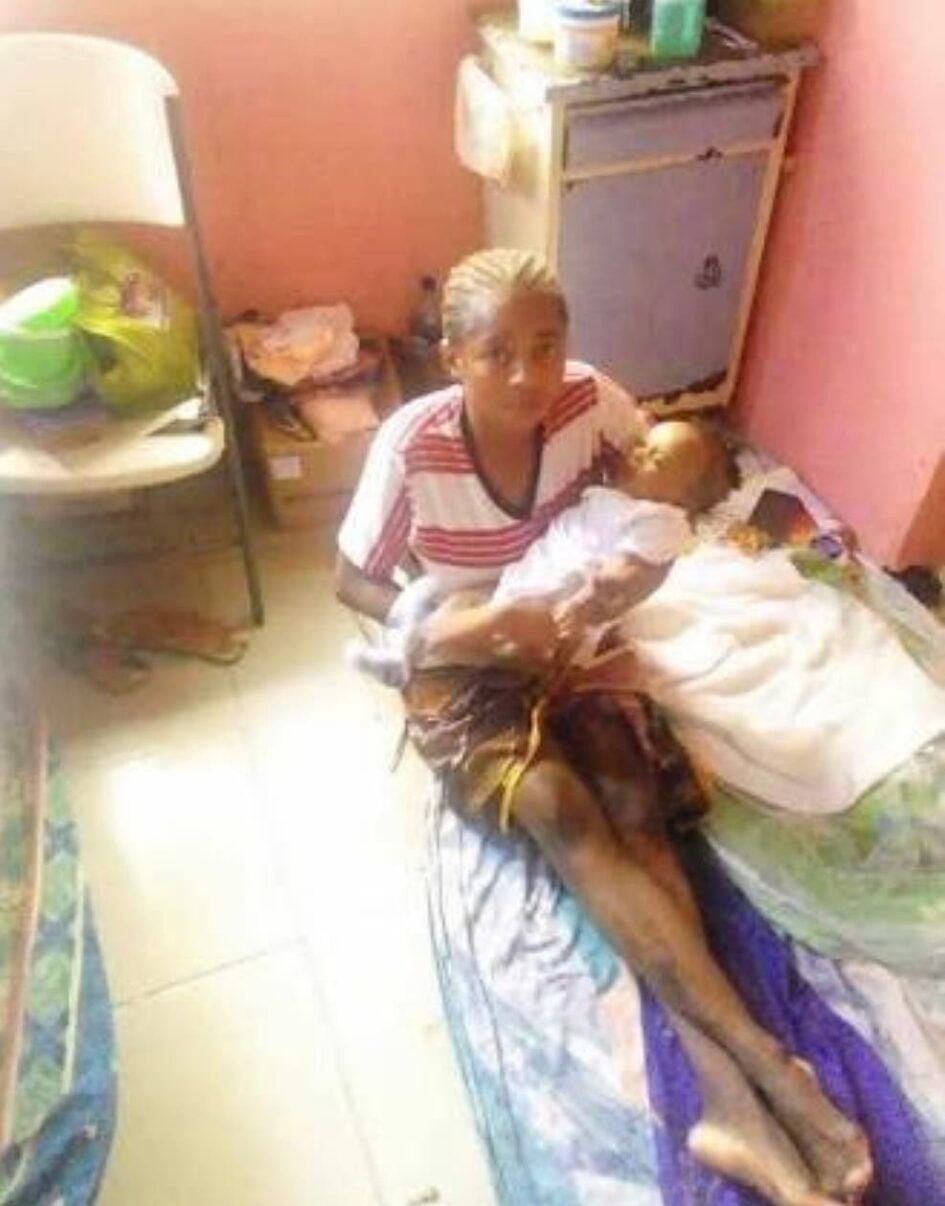 A nursing mother, Blessing Bassey aged 27, and her baby have been sleeping on the floor of one of the wards of Mojol Hospital, Church Street, in the Shasha area of Lagos State, for seven months for not been able to upset the hospital bill of 95, 000.

Newsnaija learned that hospital management gave a warning to the nurses and doctors to make sure that Blessing and her daughter didn’t leave the hospital premises.

Our source during a visit to the hospital, observed the 27-year-old nursing mother and her child sleeping on the floor.

Blessing, who narrated her ordeal stated that efforts by her husband to raise the money had been fruitless.

Blessing who hails from  Cross River State further explained that her husband, a mechanic, tried to do menial jobs to raise the funds, but failed.

The 27-year-old while narrating how she got to the hospital said she was unconscious on March 6, 2020, when she was rushed to a medical facility where she was initially registered.

Blessing said, “I was seven months pregnant at that time. I collapsed and was rushed to the hospital I registered with, but they did not have equipment for a cesarean section, so I was referred to Mojol Hospital. Where I was rushed to and a  CS was performed to save my life and the baby.

She said “After paying what he would raise, the owner of the hospital said the bill was N350,000. One of our neighbours came and pleaded with her to reduce the money, and she reduced it to N250,000.

Blessing further stated that they were able to pay a total of N155,000 and begged the owner of the hospital to allow her home so she could look for work so she can join her husband to pay the balance on an instalment basis, but she refused since then she and her baby have been in the hospital sleeping on the floor.

The 27-year-old said she spent one month on the hospital bed after the CS before she was told to move to the floor, leaving her no option than to spread my wrapper on the floor so that she and her baby could sleep and that’s where they have been sleeping for the past seven months.

Blessing narrated that she beg people who  come to visit other patients for money to feed herself  and the baby.”

Salami Akindayo, The Administrative Officer of the hospital, Salami Akindayo, told our source that similar patients when allowed to leave with the hope of paying the balance instal mentally defaulted.

Akindayo, said, “She was rushed to our hospital on emergency and we tried to save her life before even asking for money. After the delivery was done, she was unconscious for five days before eventually coming round. And when she was given the bill, the MD had to reduce it so that they could pay.

He “We have allowed patients who promised to pay to go home, but they never did. So, we decided that any patient that didn’t pay the hospital bill won’t be discharged. The hospital has written letters to some organizations to ask if they could assist her; we’re still waiting for their response. I have presented her matter to the Ohaneze group and they promised to get back to us.”

Meanwhile, Esther Ogwu A rights activist, who condemned the action of the hospital, stated that money was being contributed to Blessing’s release adding that what the hospital should have done was make her sign an undertaking to pay the balance,”.