A 26 YEAR OLD MAN ARRESTED FOR CURRENCY COUNTERFEITING IN ADAMAWA 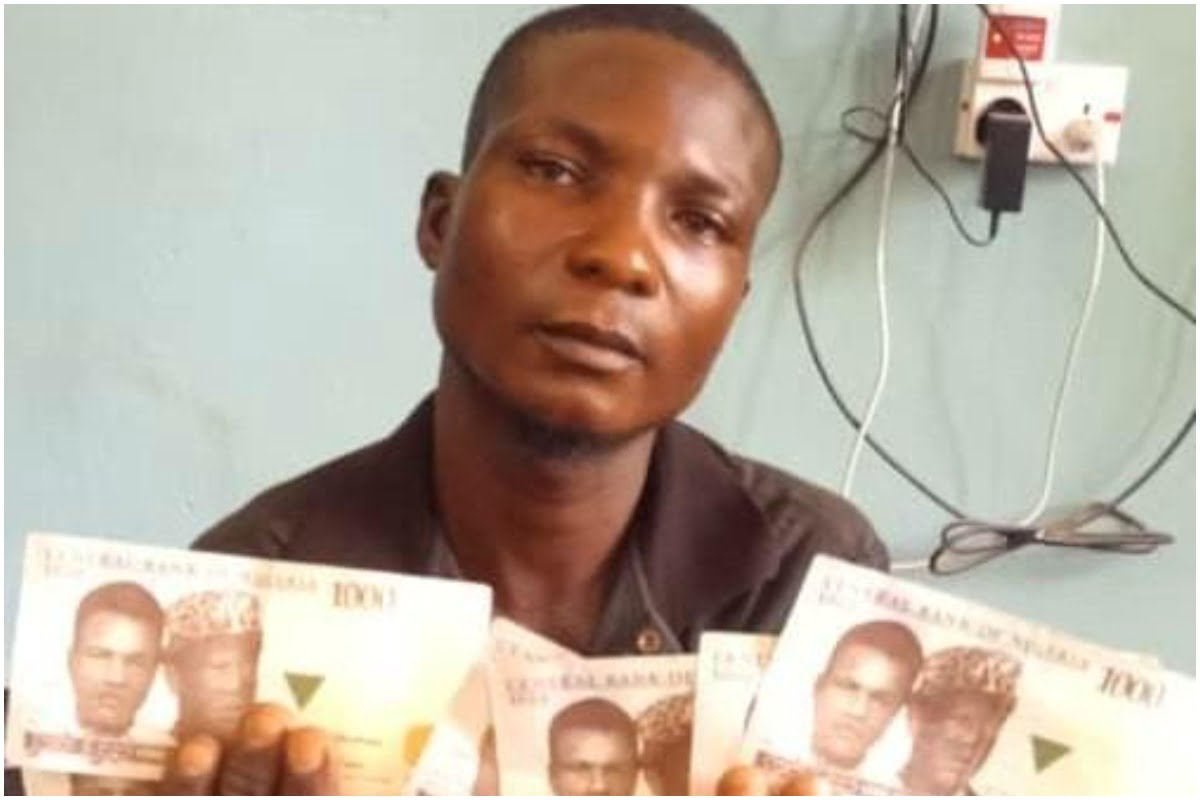 Operatives of the Adamawa State Police Command have arrested a 26-year-old man, identified as Eson Fatgoel after he was allegedly found with counterfeit naira notes.

DSP Suleiman Nguroje, the state Police Public Relations Officer, said the suspect, prior to his arrest, had been notorious for the circulation of counterfeit notes.

He said the arrest was a major breakthrough for the police, adding that it would boost the fight against the circulation of fake naira notes in the state.

Nguroje explained that the culprit admitted to circulating the fake notes in Guyuk, Lamurde, and Numan local government areas to unsuspecting members of the communities.

Olugbenga Adeyanju, the state Commissioner of Police, promised a further investigation into the activities of the suspect and other currency counterfeiters.

Adeyanju also urged members of the public to report any person they suspected was dealing in counterfeits to the nearest police station.