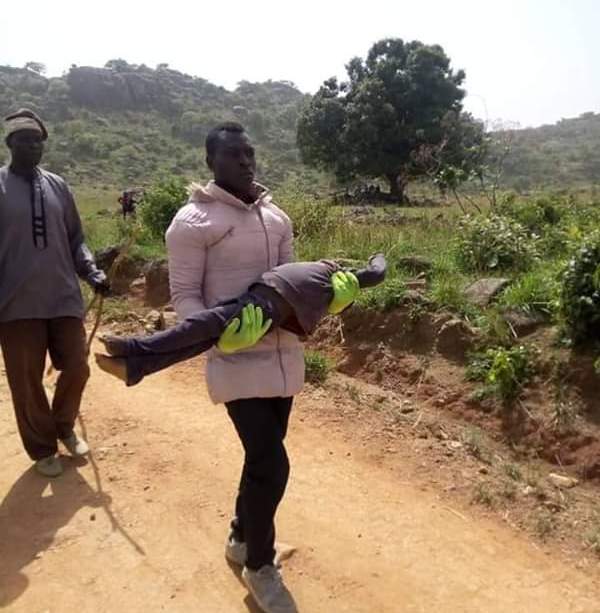 A twenty-five-year-old farmer in Plateau state, known as Francis Gyang, has been killed by gunmen.

It was gathered that Gyang and three other farmers had gone to their farms in Wereng village, Riyom Local Government Area of the state when the gunmen shot and killed Gyang while the other three feared dead.

It was learned the incident occurred on Tuesday while the farmer’s body was recovered on Wednesday by the roadside.

One of the farmers who escaped from survived the attack,  identified as of Friday Gyang, confirmed the death of the farmer.

He said, “Four of us on our way to the farm got ambushed near a public secondary school by men armed with guns and machetes.

He said “When we got close to their location, they started shooting at us, chasing after us as we tried to escape into a nearby maize farm.

“Unfortunately, when we could not find Francis after our escape, we later organized a search team only for his corpse to be found on Wednesday by the roadside in Wereng.”

A community leader in Wereng Davou Gyang, and a former councilor in the community, identified as Nuhu Daniel condemned the attack on farmers in the area.

According to Daniel, the Wereng ambush on farmers is a yearly occurrence.

Davou said, “Since the Jos crisis of September 7, 2001, we have hardly had a peaceful September in this village adding that the government is slow in responding to the threats the villagers face every day and they are growing impatient.

He said “We don’t want a situation where our youths will be forced to take the law into their hands. So, there is a need for those responsible for addressing the security challenge to do their work so that the community will have peace.”

However,  Ubah Ogaba, Spokesman for the State Police police Command, said the matter had been reported at the Police Division in the Local Government Area.

The spokesman said, “When the corpse was found by the natives, they reported the case to the Divisional Police Headquarters in the area.

“But when the police said they would conduct an autopsy on the corpse, the people refused and insisted that it be released to them in line with their tradition. However, we have commenced an investigation to unravel those responsible for the death of the farmer.”