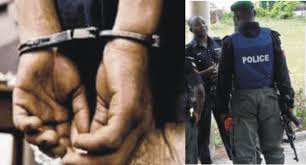 The Katsina State Police Command has taken a 21-year-old labourer, identified as  Abubakar Sani, to court for allegedly sodomizing an eight-year-old boy.

Sani of the Gwagare Quarter, Katsina resides in the same house with the victim.

NESNAIJA learned that Abdulkadir Lamis, who is identified as the victim’s father reported the incident at the Divisional Police Headquarters, Katsina.

The police afterward charged Sani with an abnormal offense, which they said was contrary to Section 255 of the Katsina State Penal Code Law of 2019.

Sergeant Lawal Bello,  the police prosecutor, told the Senior Magistrates’ Court, where the accused was arraigned, that investigation was in progress on the case.

Bello requested another date for the case to come up for mention.

Hajiya Fadile Dikko, the presiding magistrate, granted the request and adjourned the case till March 31, 2021, for mention.

The Magistrate directed that Sani be kept in custody in the Katsina Correctional Centre till then.