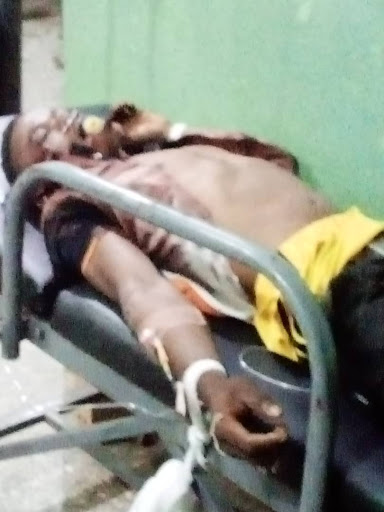 A 20-year-old fashion designer, identified as  Ayomide Taiwo, who was attacked by a policeman, Inspector Identified as Ago Egharepbe, attached to the Ibokun divisional headquarters, Osun State, is dead.

The fashion designer has been in a coma since Tuesday, following the attack by Egharepbe, who was said to have requested a bribe from him.

It was learned the young fashion designer passed on yesterday, Sunday around 10 am.

Segun Agboola,  uncle to the deceased who broke the news to our source said Taiwo was survived by his mother,  two siblings, and his aged grandmother.

Agboola, in his statement, said, “ Taiwo never made it, He died after spending about five days in a coma. Since the incident happened on Tuesday, he had been in a coma. We are planning to take the corpse to Iragbiji, his hometown, for burial. He lost his father a long time ago.”

Newsnaija learned that the deceased is a resident of Owena, was traveling back to his base from Iragbiji after the last Ed-el-Fitri celebration with his friend, Wasiu Oladimeji, when his motorcycle was stopped by some policemen at a checkpoint in Ilahun last Tuesday.

Oladimeji, who traveled with the victim on the same motorcycle, said the policemen after stopping their motorcycle, demanded money.

He noted that while the victim was about to give them the money, one of the officers suddenly became aggressive and hit Taiwo’s head with the butt of the rifle he carried.

The victim was rushed to the Ladoke Akintola University of Technology Teaching Hospital, where he was admitted, unfortunately, passed on yesterday.