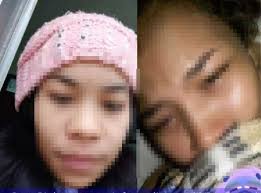 A Cambodian woman aged 20 years old trafficked to China as a teenager has been rescued after calling for help on Facebook.

NEWSNAIJA learned the woman, who was found by Chinese authorities and will soon return home from Henan province, According to the  Ministry of Foreign Affairs spokesman Koy Kuong.

Kuong said, “Now she is at a Chinese police station and when the legal paper is completed, she will be repatriated to Cambodia,’’.

Narrating her ordeal, she said she was promised a good job in China but was instead forced to marry a Chinese man,.

“They said if I don’t take them as husbands, they would sell me to a brothel,’’ she posted, before calling for Cambodia’s Prime Minister Hun Sen to intervene.

According to the woman’s mother, “ her daughter was taken to China in 2018 along with five other women aged between 17 and 20 years”.

She said she contacted the police in 2019 after learning her daughter had been sexually abused.

Speaking to the outlet, an official from Kratie province, where the family resides, claimed no immediate action was taken because authorities had been unable to locate the woman until her Facebook post.

Cambodia and China have vowed to tackle the trafficking of women to China for marriages.