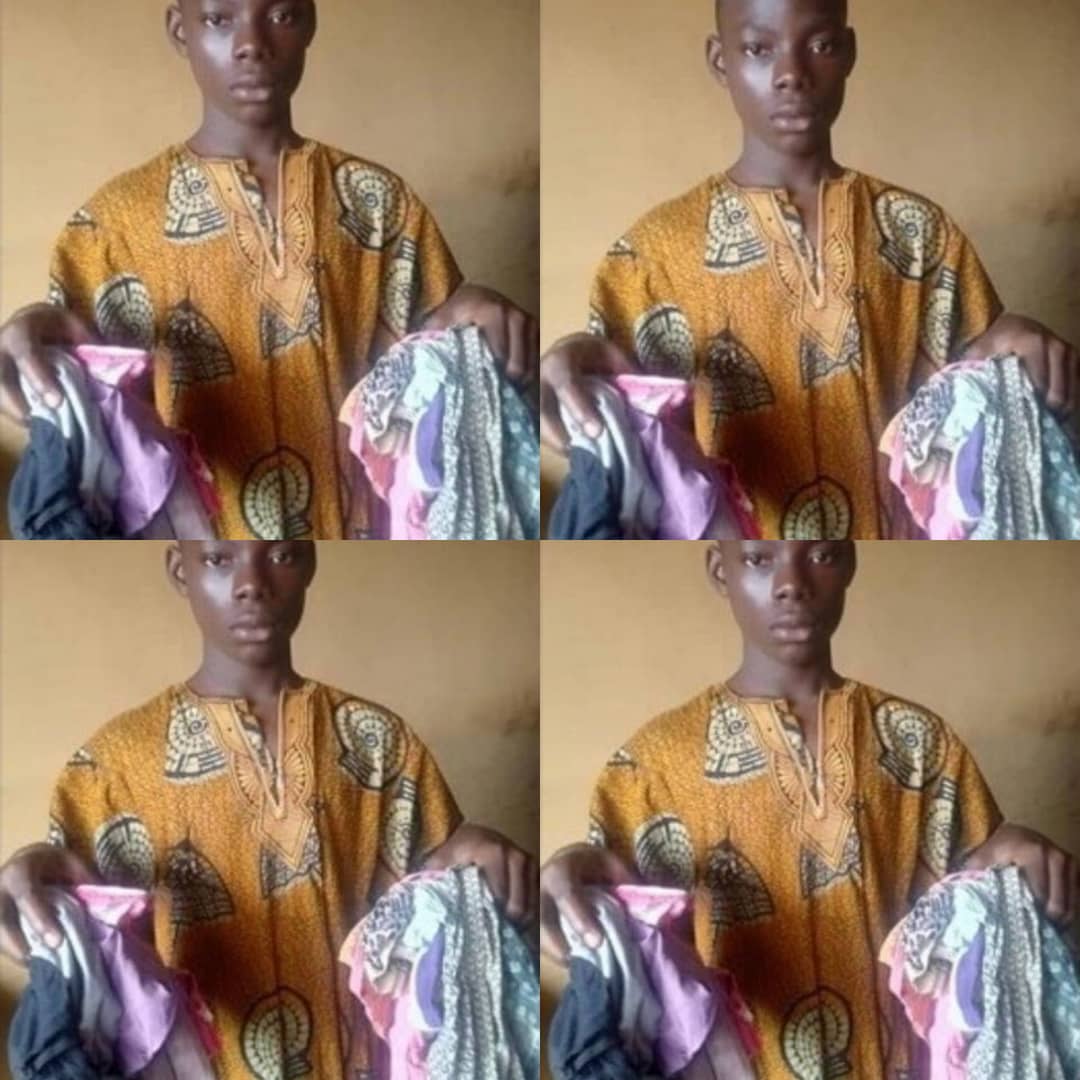 Abimbola Oyeyemi, The Police Public Relations Officer in the state, disclosed this in a statement on Saturday.

The PPRO explained that the suspect was arrested after receiving a report by one of his victims, known as Amudalat Opaleye.

Oyeyemi said Opaleye, a resident of Kano Street Ayetoro, lodged a complaint at Ayetoro Police Station that about 6 am on Tuesday, the suspect sneaked into her room and stole her pants.

Oyeyemi added that Opaleye further stated that the suspect was caught with her pants while trying to sneak out of her room.

According to the PPRO, upon the report, CSP Mobolaji Jimoh, the DPO detailed his detectives to the scene where the suspect was promptly arrested.

Before his arrest, a search warrant was executed in his house and another 14 used female pants were recovered there.

He added noting that the suspect has confessed to the crime but claimed that someone sent him to get those pants. An effort is on top gear to get his so-called accomplice arrested.