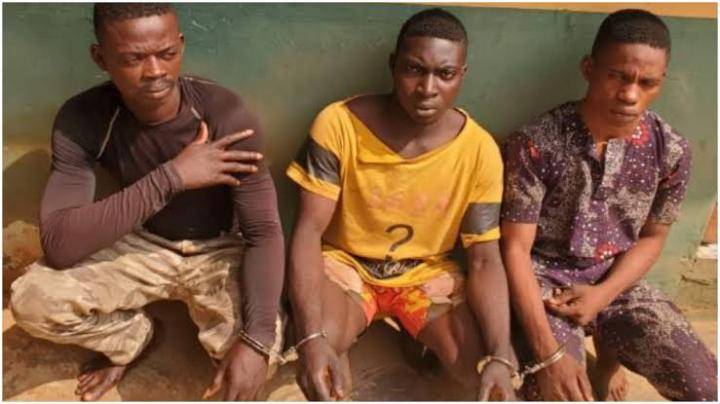 A 15-year-old girl in the Olorunsogo community, in the Ona Ara Local Government Area of Oyo State, has been gang-raped by four hoodlums.

Newsnaija learned that girl was sweeping her father’s compound around 6.30 am when the men invaded the house.

The four were said to have covered her mouth, held her hands and legs, before taking turns to rape her, On hearing footsteps they fled.

However, one of the suspects,  identified as Ayobami Ojetunde, who is aged 18, was later arrested.

Mr. Olugbenga Fadeyi, The Oyo State Police Public Relations, confirmed the arrest, adding that efforts were on ground to arrest other members of the gang.