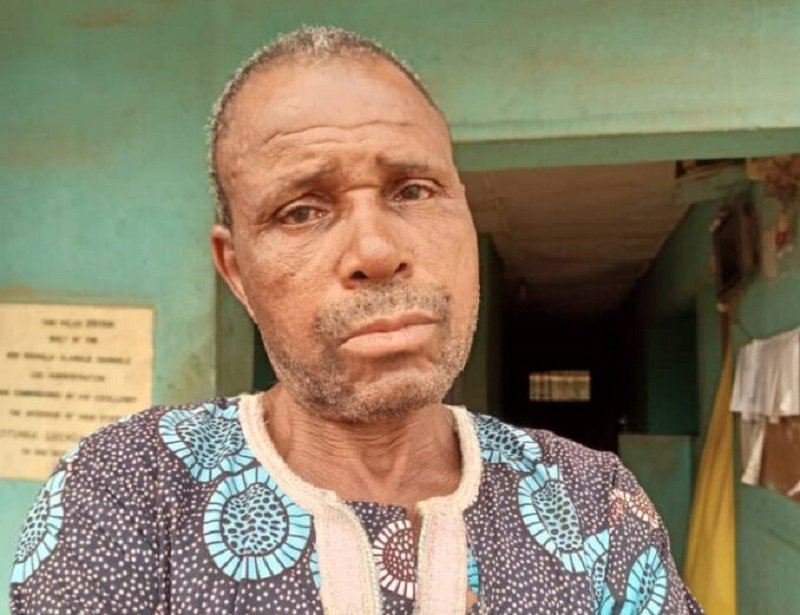 A 64-year-old estate agent identified as Taiwo Ayotunde, in Adiyan, in the Matogun area of Ogun State, has been arrested for allegedly defiling the two-year-old daughter of his neighbour.

The 60 year old was arrested on Monday by policemen attached to the Agbado division, led by the Divisional Police Officer, CSP Kehinde Kuranga, following a complaint by the victim’s mother.

NEWSNAIJA learned that the girl, who was playing within the surroundings, had returned with bloodstains in her pants.

Her mother reportedly discovered that she was bleeding from the private parts and became alarmed as she queried the toddler.

The victim was said to have led her to Ayotunde’s apartment.

The mother, who spoke to one of our source  on Tuesday, said the suspect kept quite when she confronted him.

She said, “Around 11am yesterday (Monday), I was arranging my room while my mum was making her hair outside; my daughter was with her. After a while, she left her and came inside to sleep. Suddenly, I heard someone asking my daughter why she was walking tired and about the bloodstains in her pants.

“By the time I came out, I discovered that blood was coming out from her private parts. I asked her what happened and she pointed at Baba’s house. We went to Baba’s house and asked him what happened, but he didn’t say anything.”

The suspect, however, denied committing the crime, saying he was being framed up.

He said, “I didn’t do it. It is a conspiracy against me. I was washing clothes in front of my house and the woman came to challenge me and I said I didn’t know anything.”

The state Police Public Relations Officer, Abimbola Oyeyemi, who confirmed the incident in a statement on Tuesday, said the victim had been taken to a hospital for treatment.

The statement read in part, “The suspect was arrested following a complaint lodged at the Agbado divisional headquarters by the mother of the victim, who reported that around 11am on Tuesday, September 7, 2021, she noticed that her daughter could not walk well, and when she inspected her body, she saw blood gushing out of her private parts.

“When she asked her daughter about what happened to her, the little girl pointed to the house opposite their own house. On getting to the house, the suspect was met washing his bloodstained shorts, indicating that he just had unlawful carnal knowledge of the little girl.

“Upon the report, the suspect was promptly arrested. Meanwhile, the Commissioner of Police, CP Edward Awolowo Ajogun has ordered the immediate transfer of the suspect to the Family Support Unit at the Ota area command for further investigation and prosecution.”