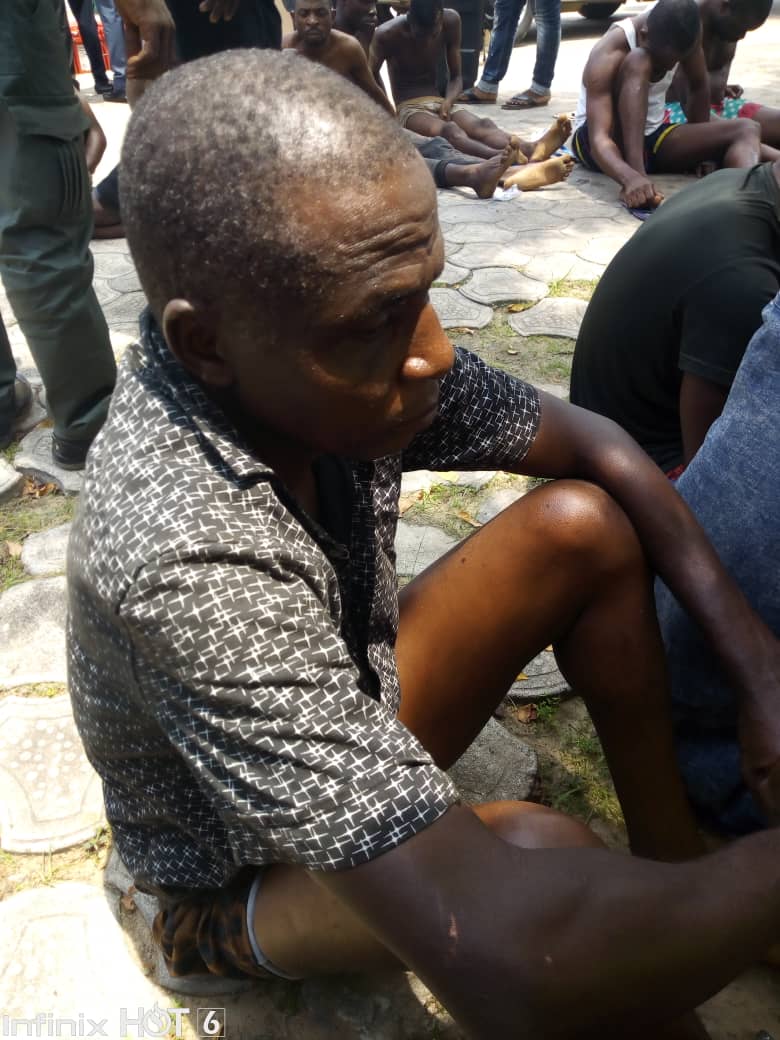 The  Bayelsa State Police Command has arrested a man, identified as Christopher Chiabata, aged 59  for allegedly killing his 41-year-old wife with a pestle.

NEWSNAIJA  learned Chiabata, was among several criminal suspects paraded by Mike Okoli,  the Commissioner of Police, at the command headquarters in Yenagoa on Tuesday.

Chiabata,  during interrogation, said he killed his wife in self-defense during a fight over money in their house at Onuebum in the Ogbia Local Government Area of the state.

According to the police report, Chiabata hit his wife with a pestle during the fight, and after realizing that he had committed murder, drank Sniper to commit suicide but neighbors revived him and handed him over to the police.

He explained in an interview that he had been married to his wife for 30 years with five children but they had been fighting regularly because she had the habit of denying him access to monies they jointly generated from their farming business.

“In anger, the next day, I asked her to leave the farm business for me to handle alone. One day, when I returned from the farm, she had packed my things out of the house. That day, we fought again and neighbor’s separated and settled us.

“Being fed up with the whole situation, I asked her to pack out of the house the following day but she refused. Then we started fighting at that point. She was stronger than me so, each time we fought, she would beat me mercilessly. This time, as she was beating me, out of anger, I hit her with a pestle.

“It was at that point she collapsed. Neighbors helped rush her to the University of Port Harcourt Teaching Hospital where she died. When I heard she had died, I took Sniper in an attempt to kill myself but neighbors were quick to come to my rescue and took me to hospital.”