58 YEAR OLD MAN, TWO OTHERS ARRESTED WITH 80 BLOCKS OF COMPRESSED DRUGS IN ADAMAWA 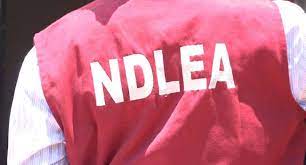 Operatives of the Adamawa Command of the NDLEA have arrested a 58-year-old  man identified as Victor Chinedu Anwanya and 47-year-old Femi Abiodun with 80 blocks of compressed cannabis Sativa weighing 76 kilograms concealed in three white sacks tucked in the booth of a Toyota Avalon car with number plate Lagos DC 997 FST.58

Idris Bello,  the state Commander of the Agency said the suspects were arrested on Monday, May 3, 2021, around 6 am in Mayo Belwa town, Mayo Belwa Local Government Area of the state.

“They took off from Auchi in Edo State. Also recovered from them was a fake police warrant card bearing the name of Chinedu Anwanya with the rank of a DSP,” Bello stated.

Commenting on the development, Marwa commended officers and men of the Adamawa State commands of the agency for their vigilance and commitment to work.

He further charged them and their counterparts in other commands to continue the nationwide offensive against the illicit trade.

Marwa was quoted as saying, “I recognize and commend the great work that our officers and men in Ondo and Adamawa states have done in these operations. However, I still want to encourage them and their counterparts across the country that we must raise the ante in fighting drug criminalities in Nigeria.