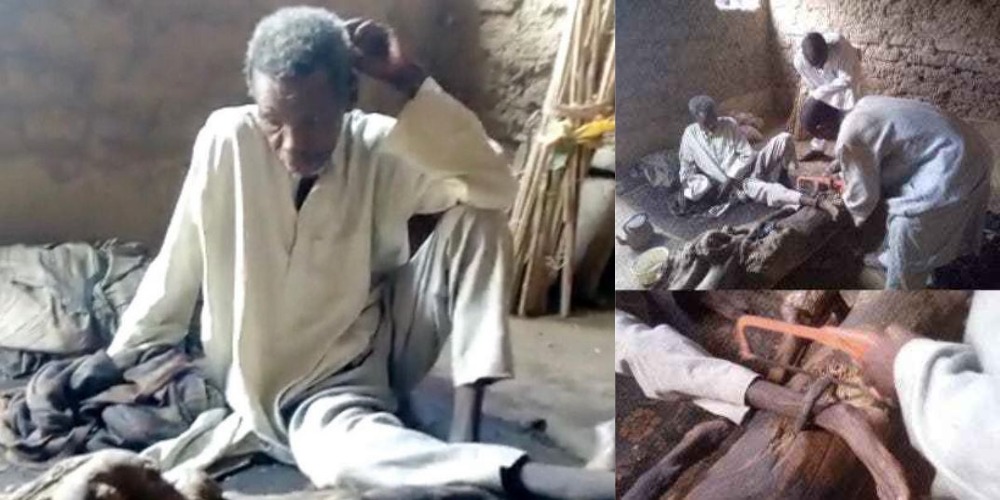 The Kano State Police Command yesterday has announced another rescue of a 55-year-old man kept in captivity for 30 years in Rogo town of the state.

However, it was, gathered that the 55-year-old man was locked up by his family for 30 years over alleged mental illness.

A picture of the 55-year-old man going viral on social media showed that one of his feet was bound to a heavy log in a room.

The man was said to have been rescued with the help of the Human Rights Network who alerted the security operatives about his plight.