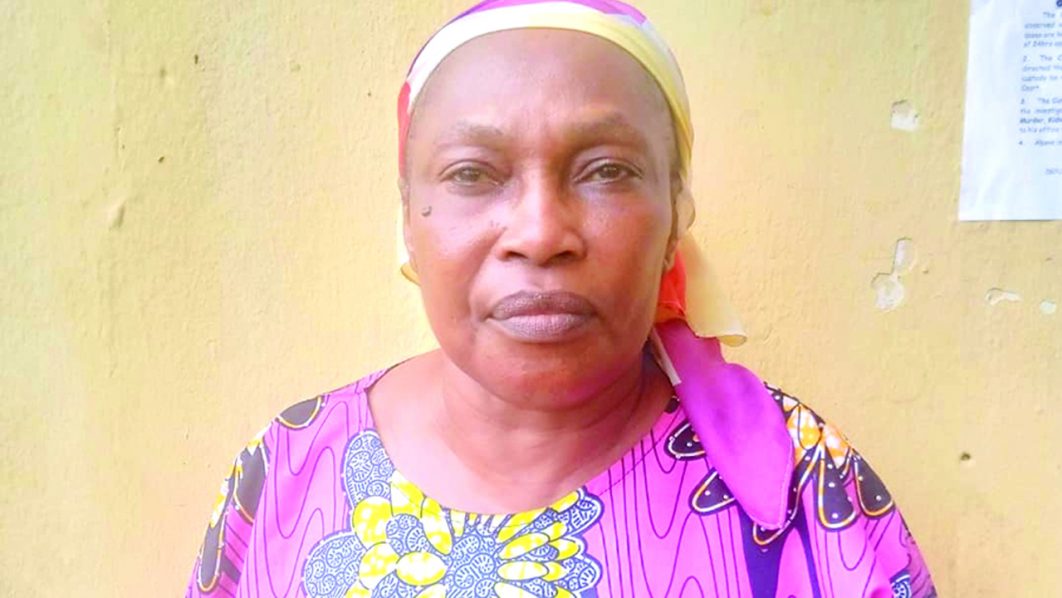 A 55-year-old woman, identified as Mrs. Chinyere Ohanyere, also known as Madam Chichi, has been arrested by men of the Imo State Police Command for allegedly buying a set of twins for an undisclosed fee.

NEWSNAIJA learned Ohanyere, from the Oguta Local Government Area of the state, was arrested on Tuesday on Graceland Estate, Owerri, the state capital.

NEWSNAIJA further learned that the  woman allegedly faked  to have given birth to the twins on September 3, at Irette in the Owerri West Local Government Area of the state.

A source said, “She claimed that she was delivered of the babies on Friday, September 3, while investigations proved that she didn’t give birth that day. She bought them and faked to have had the two babies: a boy and a girl.

“Also arrested was her accomplice, identified as Adaeze Ohanyere. They are currently helping the police in the investigation on the woman who sold the babies to Ohanyere. The twins have been taken to motherless babies’ home.

“The woman actually vowed that she was the one who gave birth to the babies. She was quickly taken to a hospital for medical examinations and it was proved that she didn’t give birth to them.

“She led operatives to a place where she claimed to have given birth to the twins; the woman got information on time and fled.

“This is a crime against humanity. The other lady, Adaeze Ohanyere, has been arrested before now in another child trafficking case.”

A spokesperson for the police in the state, Micheal Abattam, confirmed the incident, adding that the suspects would be charged to court at the end of investigations.