FG SPEAKS ON HOW ABACHA’S $311 MILLION RETURNED LOOT WILL BE SPENT. 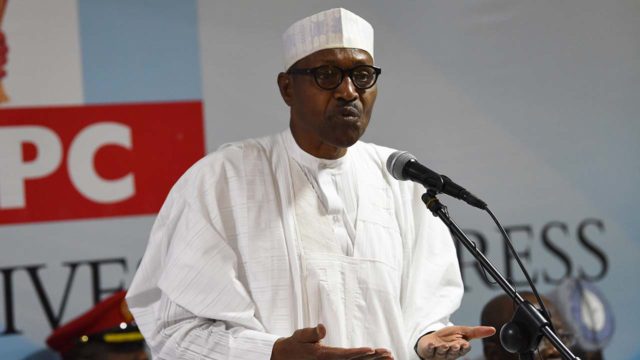 The Nigerian government has given a breakdown of  how the  looted funds from former Head of state, SaniAbacha returned from the US will be spent.

Recall that the United state government had issued a stern warning regarding the misappropriation of the returned money to Nigeria.

Spokes man  for the President on media and publicity Mr Garba Shehu gave a detailed breakdown as to how these the money will be spent.

“On Monday, May 4, 2020, some $311 million US Dollars – stolen from the citizens of Nigeria during the Abacha regime – were safely returned to our country from the United States.”

“These funds have already been allocated, and will be used in full, for vital and decades-overdue infrastructure development: The second Niger Bridge, the Lagos-Ibadan and Abuja-Kaduna-Kano expressways – creating tens of thousands of Nigerian construction jobs and local skills, …which can then be useful in future projects.”

“Part of the funds will also be invested in the Mambilla Power Project which, when completed, will provide electricity to some three million homes – over ten million citizens – in our country.”

“The receipt of these stolen monies – and the hundreds of millions more that have already been returned from the United Kingdom and Switzerland – are an opportunity for the development of our nation, made far harder for those decades the country was robbed of these funds.”

Without these funds, the fight against Covid-19 would be even tougher.”

“Without the cooperation both from the UK Government, the US Executive branch and US Congress, we would not have achieved the return of these funds at all.”

“For years many countries deemed successive Nigerian administrations as too corrupt, too venal and too likely to squander and re-steal the stolen monies – so they did not return the funds.”

“Today, US, UK and other jurisdictions have found the partnership with the nation of Nigeria they can finally trust.”

“The Buhari Administration is committed to – and is enacting – total and zero tolerance to corruption in politics and public administration.”

“The days when government was seen and used by the political class as their personal ATM to empty are over.”

“The time of better governance and clean hands in the affairs of state is here to stay.”

This  statement however  has caused mixed emotions amongs  Nigerians as it doesn’t state the government’s plan to ameliorate the current hardship experienced by citizens during the pandemic. It also fails to give a detailed plan on the fight against covid19.