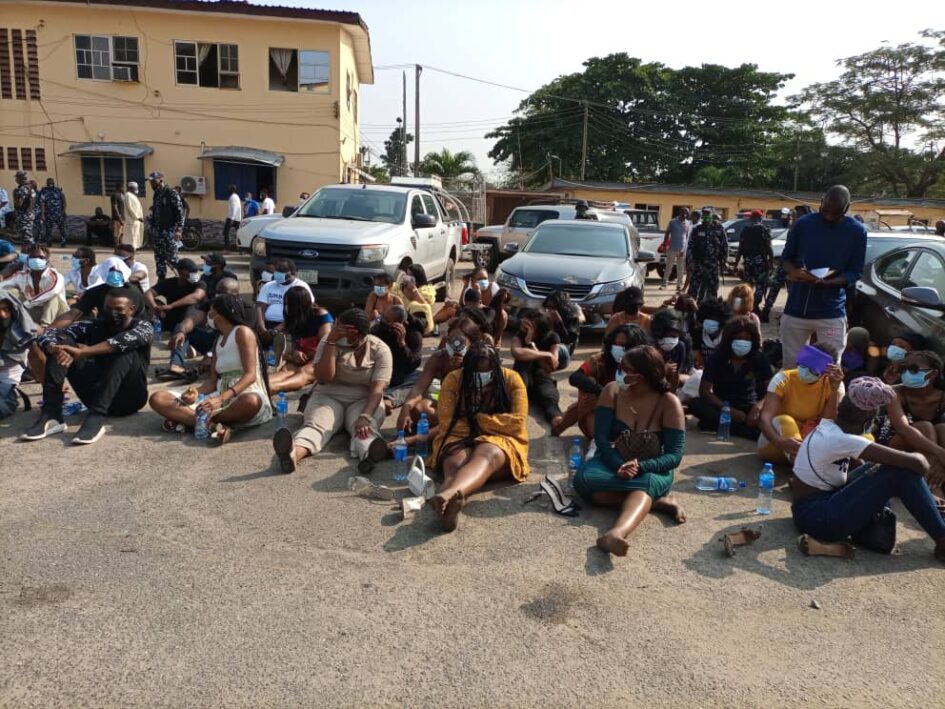 Not less than 43 persons have been arrested by men of the Lagos State Police Command for allegedly violating COVID-19 protocols in the state.

CSP Muyiwa Adejobi,  the state Police Public Relations Officer in a statement on Monday said that the violators were arrested at the Eclipse Night Club on Victoria Island on Sunday.

Adejobi stated that the violators had been moved to the Task Force on Environmental Sanitation and Special Offences (Enforcement Unit) for prosecution on the orders of Hakeem Odumosu,  the state Commissioner of Police,.

The PPRO  said, “In furtherance of its enforcement of COVID-19 protocols/guidelines in Lagos State, the Lagos State Police Command arrested 43 clubbers, including strippers, at the Eclipse Night Club, Ligali Ayorinde Street, Victoria Island, on Sunday, January 10, 2021.

Hakeem Odumosu, Commissioner of Police, who has already well-organized Area Commanders, Divisional Police Officers and Heads of Department in the command to be on the lurk for violators of the preventive protocols and orders of the government on curbing the spread of the COVID-19 pandemic, reinstated his zero tolerance for violation of the protocols.

“The police operatives attached to the Maroko Division of the state, on the orders of the CP, went after the deviant clubbers and got them arrested in the club while clustering and clubbing without any regard for the COVID-19 protocols.

He said “The CP has ordered that the suspects be moved to the task force office in Oshodi for prosecution. The police boss has also ordered that club owners should no longer be spared as they encourage total disregard for the protocols in the state.”

Adejobi added that Odumosu, based on reports and updates on the spread of COVID-19 advised Lagosians to be law-abiding and value their lives as the pandemic was a global reality.